Our driveway is being paved! Please use the temporary entrance on Towne Drive. Click here for detour instructions.

Tuesday, February 1 – Thursday, February 24
Berlin-Peck invites you to compose your best original opening line to an imaginary novel! Entries must be submitted before February 24.

Thank you to all who entered, and congrats to the winner of our first ever First Line Literary Contest! 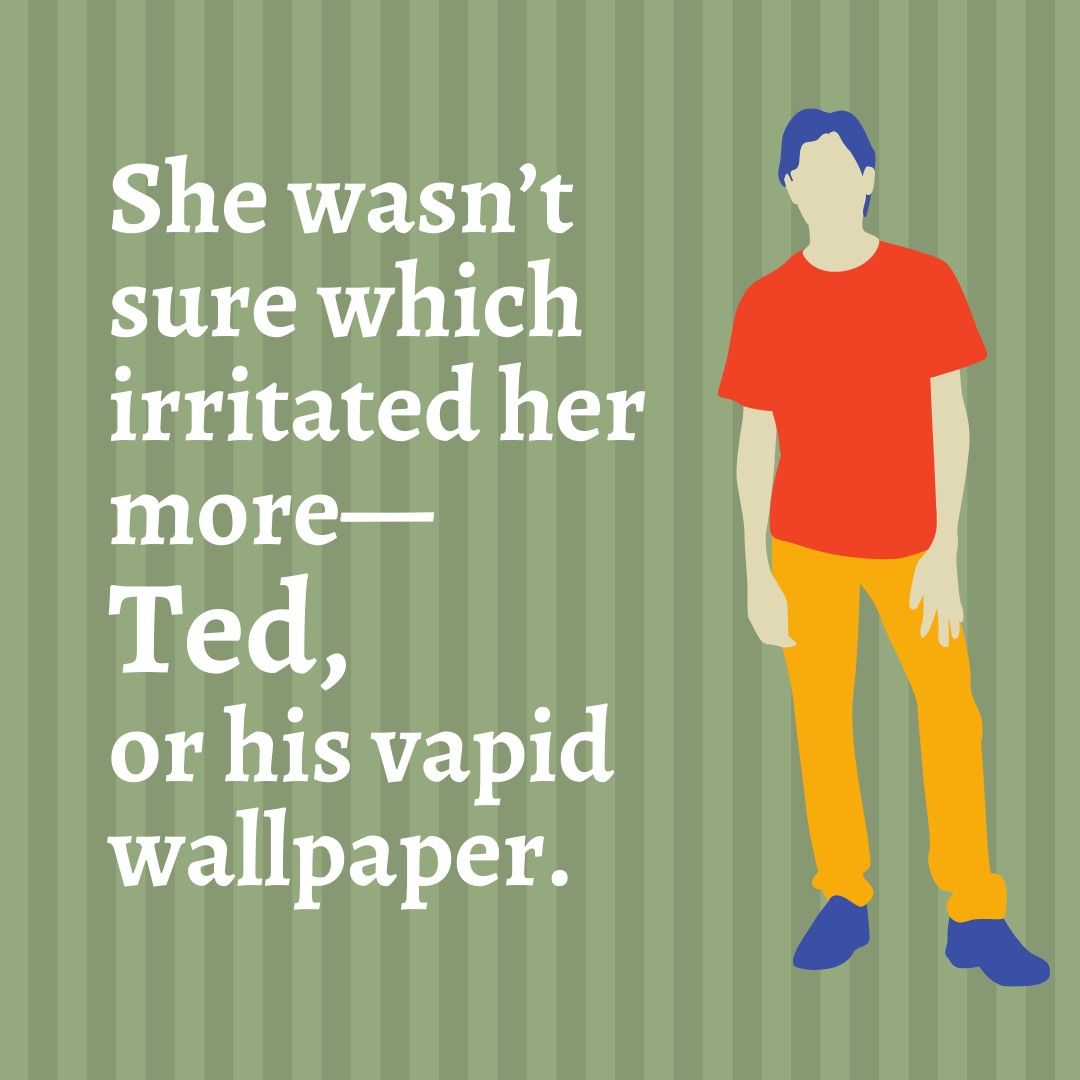 She wasn’t sure which irritated her more—Ted, or his vapid wallpaper.”

It was a dark & stormy night.

Enough already with the vikings!

The bet was never meant to be taken seriously.

Dark clouds have gathered and the thunderstorm begins.

When she opened her eyes she couldn’t recognize her family.

Until the catastrophe struct red has been her favorite color.

It was such a vivid dream, one I couldn’t let go of while awake.

She wasn’t sure which irritated her more—Ted, or his vapid wallpaper.

Even when the beginning was so extraordinary, the ending was inevitable.

A gripping plot, you will sleep with a light on after finishing this book.

His words dripped like a leaky faucet in my head: “See, I told you not to go.”

I had a feeling of uneasiness as I walked threw the doorway and then I knew why.

The rain showered down on Angela as she sobbed and sank onto the ground beneath her.

The only good thing about living by the ocean is having the perfect place to dump a body.

The children stood weeping as they watched the men carry their mothers out of the building.

Sarah talked a lot and if it was true what they said about wine and truth, she always spoke honestly.

Will never had much success in dating, but he’s come back from the dead as something of a matchmaker.

Honestly, it hurts to realize that not one of these people in my family hold me as highly as I hold them.

Awakened by the slightest of noises, the young woman crawled slowly out of her bed to hide underneath it.

In times gone by you would have thought this could not be true, but we are no longer living in normal times.

Through the depths of his mind, the world swirled around him, leaving him drowning in an ocean of his own despair.

Unexpectedly, awareness did not dim when his ragged breathing stopped and his heart chugged its last sluggish beat.

On the day her mother died, Abby did not think anything worse could happen until she realized she might be next to die.

The bones were sun bleached and brittle from exposure, the empty sockets stared blindly at the wilderness surround them.

The first and unmistakable voice she heard through the device was that of her grandmother who had been dead for six years.

A quick sliver of light flashed from behind her eyes, the only betrayer of emotion, her inner reflection dark and inscrutable.

She was 11 years old and woke to her Mother and Father in a heated conversation, “SHOULD WE TELL HER, THAT HER FATHER IS DEAD!”

Now from instant to instant history is shattered and changed by so many unforeseen emerging demons and many of our own creation.

Jane did nor know that the shoes she chose that morning would carry her through the end of one world to the beginning of another.

She didn’t remember ordering anything but excitement prevailed as she slid the knife through the packing tape on the seam of the box.

Even when the world looked like a picture book, and when the sun shone with such grace, her mind would not focus on anything but him.

He swore to himself that he would stop but here he was again standing over the body of another bloody victim with a knife in his hand.

She bought the heels in the afternoon but regretted the decision late that night as she stumbled, silent as possible through the woods.

How are you supposed to know what time it is when you awaken, in the middle of the night, and there is not a single clock in your house?

The air seemed to shiver, and like a teetering domino piece, her footing faltered, sending her inevitably fighting both gravity and fate.

Not in the mood to cook this evening she searched in the freezer for hopefully something already prepared but found something much better.

Again I awoke alone on the snow covered railroad tracks, but this time I found myself with nothing but a deflated helium balloon for cover.

The only movement the house had known for twenty years was the scurrying of mice who disturbed dust sending it swirling through the stale air.

She still didn’t believe in love at first sight but she could not deny that when their eyes met she felt a wave of inevitability wash over her.

It was a dark wintery night, and as Desiree looked out at the swirling snow, she was suddenly afraid that something terrible was going to happen.

His drunken fingers wobbled as he dropped the needle warping the track before it slipped into groove with a rip that sent angry chills down his backbone.

Growing up on a farm, Milo learned how to sleep through the sound of the rooser’s sunrise crowing, the armoa of bread baking however; woke him every day.

I woke up startled, the moon which I can see from my bedroom window most nights was flashing lights of many colors and enormous in a very mesmerizing way.

I surely wouldn’t have guessed that I would be attacked by a lunatic with a machete when I set off upon a late afternoon walk on a lonely beach, but there it was.

In the ICU room, I watched Darcy’s chest rise and fall while googling her symptoms on my phone by the dim lighting emitted by the machines meant to keep her alive.

As she sat there in this vast room looking at this person who was very still and seemed to be very attractive from a distance, she realized that she was looking at herself in a mirrored wall.

As she waited in her car for the tow truck to arrive after getting a flat tire, she knew she should have taken a more populated road since the car coming towards her was making her super nervous.

It was a lovely summer day and I was sitting in my backyard with a male friend and my neighbor must have been so happy to see me with a man that she brought over a dish of home made Italian cookies.

Damn these medical experts with their claims to know my longevity, they try to make it their business to keep me alive, well, what about my right to rest in peace as I slip into uninterrupted blissful sleep.

In the time it takes you to read this sentence, worlds have collided and exploded into a hundred trillion fragments of fire, their embers glowing in an arc before dimming and coming to rest as dust at your feet.

Ursula K. Le Guin once said: “First sentences are doors to worlds.” Here’s your chance to write your own!

Berlin-Peck invites you to compose your best opening line to an imaginary novel. You can write on any topic or genre, as long as your sentence is original and makes us want to read more!

Submit your first lines at the bottom of this page, or visit the Reference Desk!

It was a dark and stormy night…

It is a truth universally acknowledged, that a single man in possession of a good fortune, must be in want of a wife.

Far out in the uncharted backwaters of the unfashionable end of the western spiral arm of the Galaxy lies a small, unregarded yellow sun.

Compose your best opening line to an imaginary novel. Any topic or genre is acceptable, as long as your first sentence is original and pulls us in, leaving us wanting to read more.

The winner for our inaugural First Line Literary Contest will receive an awesome gift basket containing a notebook, travel mug, and more! Judges will pick a winner anonymously, without seeing who submitted the sentence. 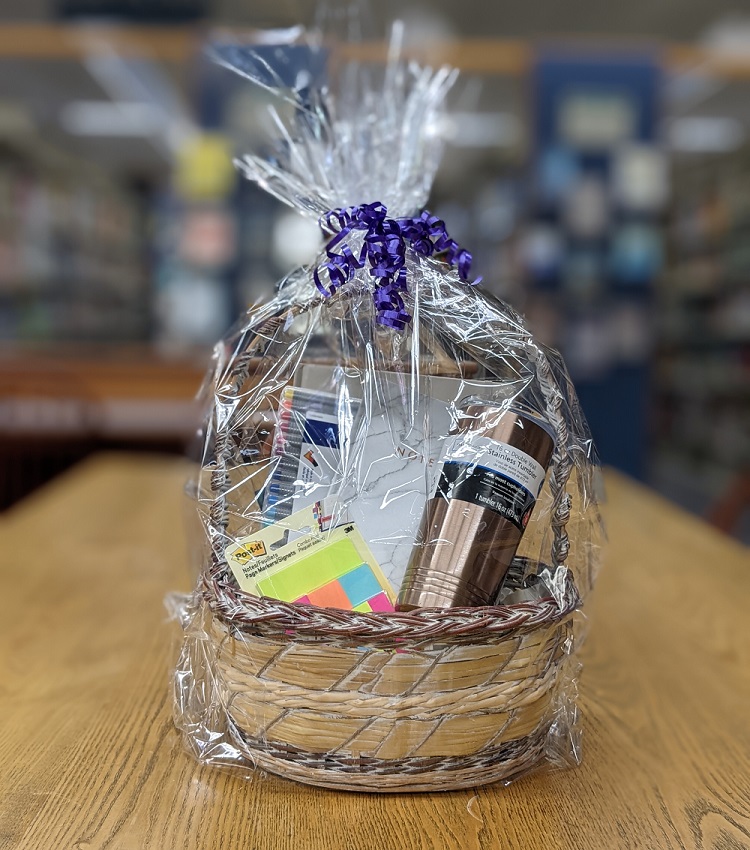 Looking for inspiration to help write your first line? Check out these famous first lines!