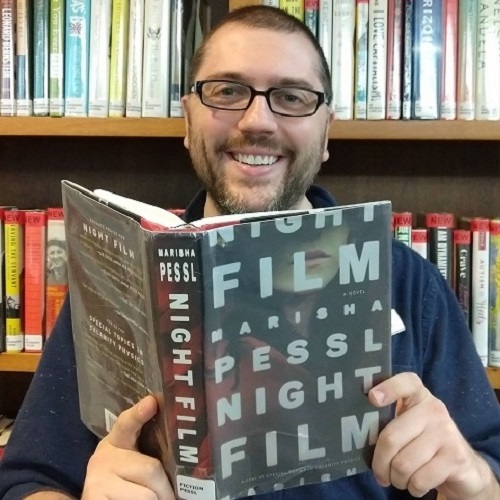 Thrills and chills are what I’m all about.

Whether it’s a book that explores our possible futures or one that makes you look over your shoulder in fear, I’m all about it!

Fill out this quick form, and I’ll pick out some books for you! I can place items on hold for you, or simply send you a list of recommendations. 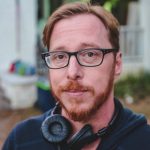 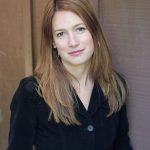 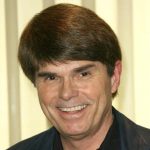 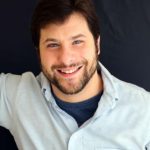 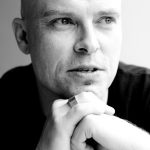 Investigating the death of a serial killer who has terrorized Chicago for years, Detective Sam Porter reads the murderer's diary, subjecting the demons of his own mind to the twisted rationalizations of a psychopath, in the hopes of tracking down one last victim.

A security breach at a secret U.S. government facility unleashes the monstrous product of a chilling military experiment that only six-year-old orphan Amy Harper Bellafonte can stop.

A mind-bending, relentlessly paced science-fiction thriller, in which an ordinary man is kidnapped, knocked unconscious–and awakens in a world inexplicably different from the reality he thought he knew.

A young, overconfident psychiatrist chronicles in a series of online posts his new job at a mental asylum, where he catastrophically attempts to treat a profoundly disturbed patient who has been in the hospital since early childhood.

A Cosmology Of Monsters

Shielded by his mother and sisters from his father’s obsessive construction of a haunted house attraction, young Noah considers an ultimate sacrifice when he chooses to acknowledge a monster that his family members have tried to ignore.

A real-life "final girl"—the one girl always left standing at the end of a horror movie—Lynette Tarkington, who survived a massacre 22 years ago, along with five other final girls, works to overcome her past until someone becomes determined to take their lives apart again, piece by piece.

The Sun Down Motel

Upstate New York, 1982. Viv Delaney wants to move to New York City, and to help pay for it she takes a job as the night clerk at the Sun Down Motel in Fell, New York. But something isn't right at the motel, something haunting and scary. Upstate New York, 2017. Carly Kirk has never been able to let go of the story of her aunt Viv, who mysteriously disappeared from the Sun Down before she was born. She decides to move to Fell and visit the motel, where she quickly learns that nothing has changed since 1982. And she soon finds herself ensnared in the same mysteries that claimed her aunt.

Stalked by a "homicidal adventurer" Chyna Shepherd uses her courage and daring to help herself as well as his next intended victim.

In a wasteland born of rage and fear, populated by monstrous creatures and marauding armies, earth's last survivors have been drawn into the final battle between good and evil, that will decide the fate of humanity: Sister, who discovers a strange and transformative glass artifact in the destroyed Manhattan streets … Joshua Hutchins, the pro wrestler who takes refuge from the nuclear fallout at a Nebraska gas station … and Swan, a young girl possessing special powers, who travels along Josh to a Missouri town where healing and recovery can begin with Swan's gift. But the ancient force behind earth's devastation is scouring the walking wounded for recruits for its relentless army, beginning with Swan herself.

A tale set in an anarchic near-future America of mountaintop colonies surrounded by rising oceans finds an independent woman trading for supplies and information about the daughter who was stolen from her eight years earlier.

A reimagining of the classic gothic suspense novel follows the experiences of a courageous socialite in 1950s Mexico who is drawn into the treacherous secrets of an isolated mansion.

When the daughter of a cult horror film director is found dead in an abandoned Manhattan warehouse, investigative journalist Scott McGrath, disbelieving the official suicide ruling, probes into the strange circumstances of the young woman's death.

Flight Of The Silvers

When the Earth is brought to a sudden end by cataclysmic forces, sisters Hannah and Amanda are saved by three strangers who give them protective bracelets and imbue them with extraordinary powers to help them survive on a bizarre alternate world.

In 1954, young Army veteran Atticus Turner travels to New England with his uncle and childhood friend to search for his missing father, only to encounter human and supernatural terrors at the estate of a descendant of slave owners.

Something or someone is stalking the young people of Elm Haven, Illinois in the summer of 1960. When a long silent bell begins to peal in the middle of the darkest summer night, the reign of terror starts.

The Last House On Needless Street

When a neighbor moves in next door, a family of three—a teenage girl who isn’t allowed outside, a man with memory loss and a house cat who reads the bible—are terrified that the unspeakable secret that binds them together will be exposed.

The Harmons' fresh start in a new home deviously twists to reveal discoveries of love, sex and murderous revenge.

Cabin In The Woods

A rambunctious group of five college friends steal away for a weekend of debauchery in an isolated country cabin, only to be attacked by horrific supernatural creatures in a night of endless terror and bloodshed. As the teens begin to exhibit standard horror movie behavior, a group of technicians in a control room are scrutinizing and sometimes even controlling every move the terrified kids make. Do they have any chance of escape?

Dexter Morgan is a Miami police forensics expert who moonlights as a serial killer of criminals who he believes have escaped justice.

Set in a world where summers span decades and winters can last a lifetime. From the scheming south and the savage eastern lands, to the frozen north and ancient Wall that protects the realm from the mysterious darkness beyond, the powerful families of the Seven Kingdoms are locked in a battle for the Iron Throne. This is a story of duplicity and treachery, nobility and honor, conquest, and triumph. In the Game of Thrones, you either win or you die.

Dom Cobb is the best there is at extraction; stealing valuable secrets inside the subconscious during the mind's vulnerable dream state. His skill has made him a coveted player in industrial espionage, but also has made him a fugitive and cost him dearly. Now he may get a second chance if he can do the impossible; inception, planting an idea rather than stealing one. If they succeed, Cobb and his team could pull off the perfect crime.

With our time on Earth coming to an end, a team of explorers undertakes the most important mission in human history; traveling beyond this galaxy to discover whether mankind has a future among the stars.

Sarah is on the run from a bad relationship when a lookalike stranger commits suicide right in front of her. Sarah sees a solution to all her problems by assuming the dead woman's identity and clearing out her bank account. Instead, she stumbles into a thriller mystery, and uncovers an earth-shattering secret: she is a clone. She learns there are more like her, genetically identical individuals, nurtured in wildly different circumstances, and someone is trying to kill them off, one by one.

Welcome to Sin City, the town that beckons to the tough, the corrupt, and the brokenhearted. A universe of unlikely and reluctant heroes still try to do the right thing in a city that refuses to care.