Enjoy the warm weather (or the cool air conditioning!) with a novel!

Relax and enjoy the warm weather (or the cool air conditioning!) with one of these great new beach reads. 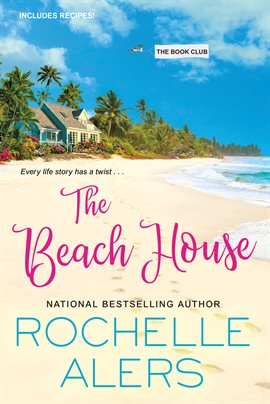 Returning to Coates Island for the summer, Leah Berkley Kent, finally free of her controlling husband, reconnects with her friends Cherie and Kayana, and while working at the Seaside Café, falls for Kayana’s widowed brother, but wonders if she is truly ready to move on. 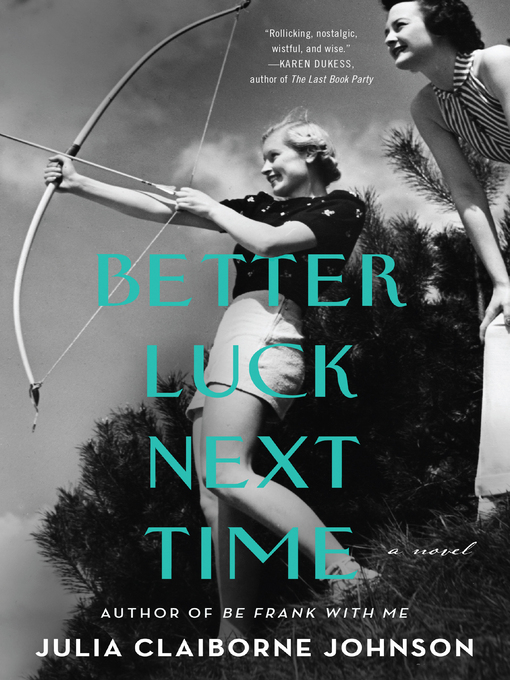 The long anticipated second novel from the bestselling author of Be Frank With Me, set in 1930s Reno, in which two very different women seeking divorces meet and form an unlikely friendship that is complicated by the handsome young ranch hand who befriends both—and who finds his life unexpectedly upturned by one. 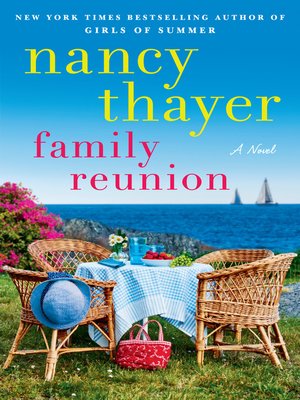 Newly widowed, Eleanor Sunderland finds dreams of a family reunion in Nantucket shattered when her money-driven children suggest she sell the house and move to a retirement home, and finds a lone ally in her 22-year-old granddaughter, Ari, who moves in with her for the summer. 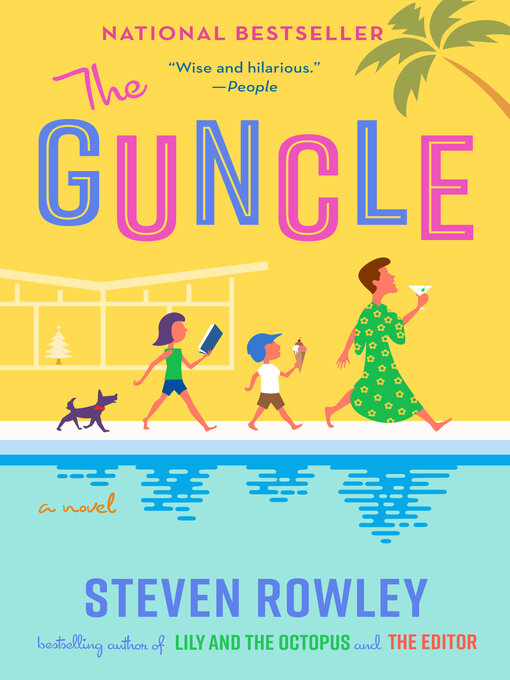 From the bestselling author of Lily and the Octopus and The Editor comes a warm and deeply funny novel about a once-famous gay sitcom star whose unexpected family tragedy leaves him with his niece and nephew for the summer. 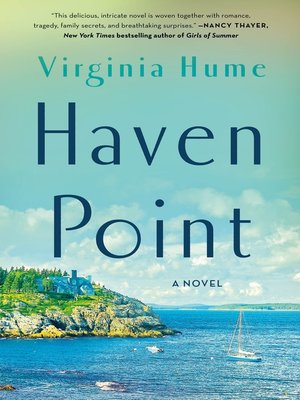 A cadet nurse at Walter Reed Medical Center in 1944 marries a doctor from Maine and must learn to navigate life with townsfolk who are skeptical of newcomers, setting up events that affect their family for generations. A sweeping debut novel about the generations of a family that spends summers in a seaside enclave on Maine’s rocky coastline, for fans of Elin Hilderbrand, Beatriz Williams, and Sarah Blake. 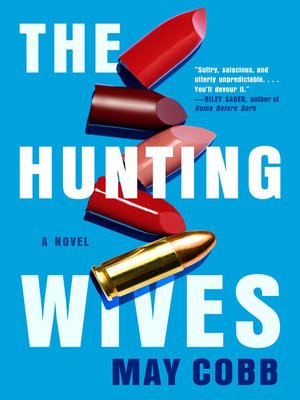 Moving to a small Texas town, Sophie O’Neill is immediately drawn to socialite Margot Banks who invites her into a secret clique called the Hunting Wives, with which she becomes obsessed until she finds herself in the middle of a murder investigation with no way out. 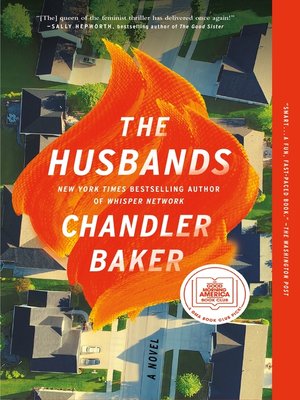 When Nora meets a group of high-powered women whose husbands are supportive unlike her own, she discovers that the women use an unorthodox method of couples therapy that has transformed their lives—one that is worth killing for.

When she decides to buy her old family home and resettle in Wyndham Beach with her two daughters, Maggie Flynn embraces the past and gets a second chance at love and friendship that she never thought possible. 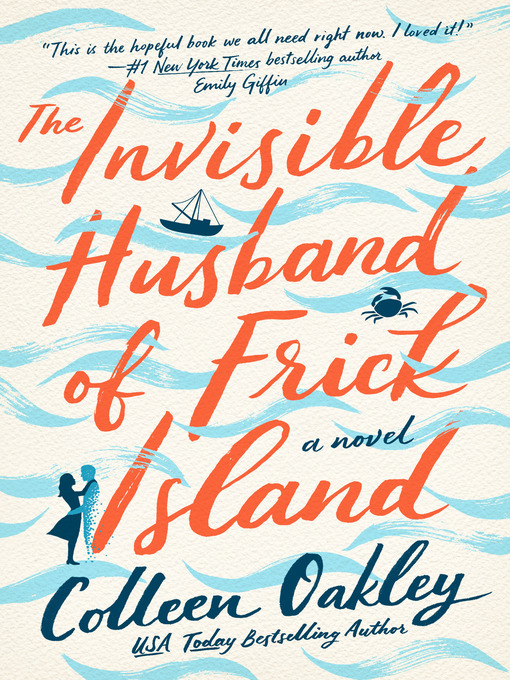 The Invisible Husband of Frick Island

Arriving on Frick Island, a young ambitious journalist stumbles upon a fascinating story—an entire town pretending to see and interact with a man who does not exist—and upends lives of this eccentric community as he tries to make a name for himself. 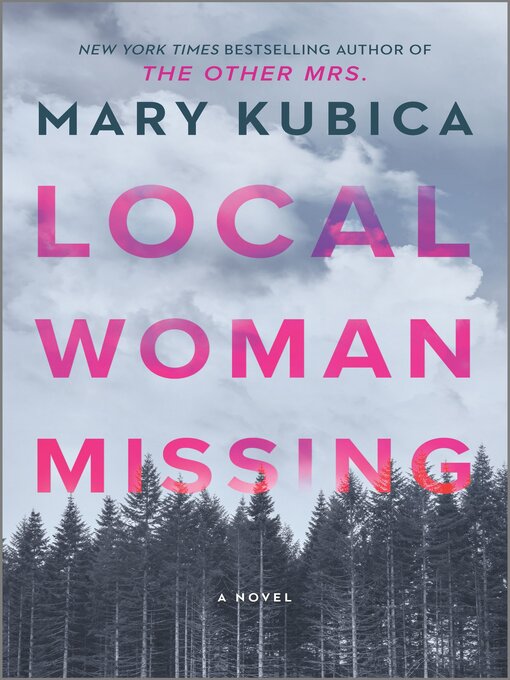 Shelby Tebow is the first to go missing. Not long after, Meredith Dickey and her six-year-old daughter, Delilah, vanish just blocks away from where Shelby was last seen, striking fear into their once-peaceful community. Are these incidents connected? After an elusive search that yields more questions than answers, the case eventually goes cold. Now, eleven years later, Delilah shockingly returns. Everyone wants to know what happened to her, but no one is prepared for what they’ll find. 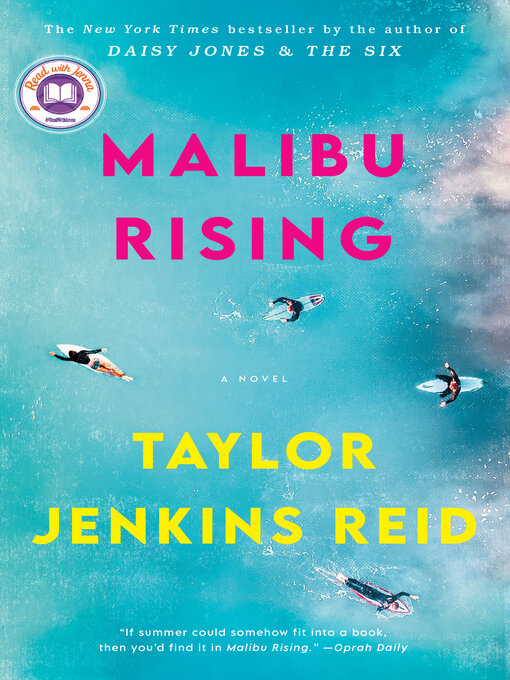 Set against the backdrop of the Malibu surf culture of the 1980s this novel follows the daughter of a famous singer who, once she finds fame, must grapple with the fact that her father abandoned her and her siblings when they were young. 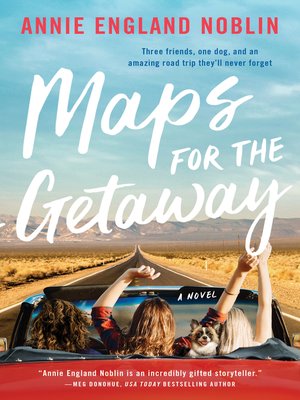 Maps for the Getaway

In tribute to their late best friend, three former friends, in a 1962 red Lincoln Continental convertible, take the road trip of their lives, discovering that it’s never too late to live the wild life and rediscovering what made them best friends forever. 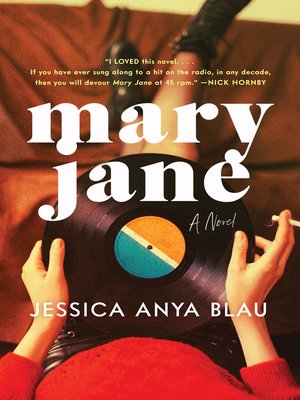 Almost Famous meets Daisy Jones and the Six in this funny, wise and tender novel about a fourteen-year-old girl’s coming of age in 1970s Baltimore, caught between her straight-laced family and the progressive family she nannies for—who happen to be secretly hiding a famous rock star and his movie star wife for the summer. 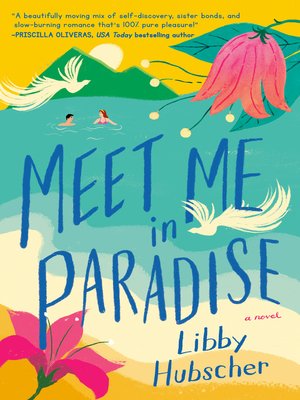 Meet Me in Paradise

Reluctantly leaving home for the first time since her journalist mother’s death, Marin visits a tropical island spa before a series of embarrassing events reveal her sister’s secret matchmaking agenda. 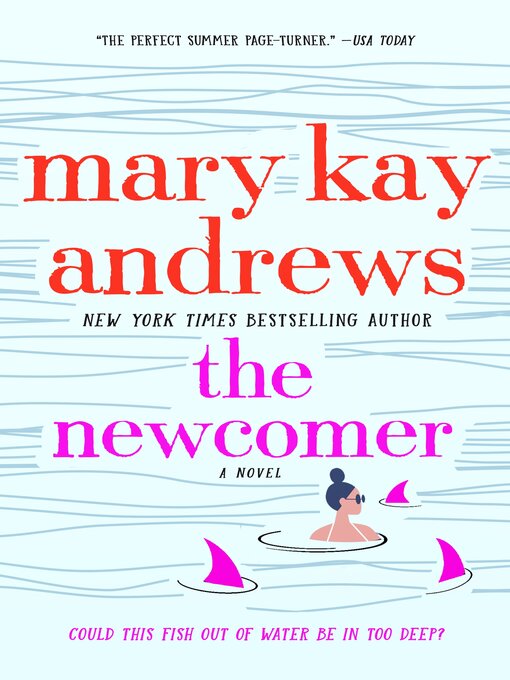 After her sister is murdered, Letty Carnahan goes on the run with her 4-year-old niece to Florida’s Gulf Coast where she is taken in by a hotel owner and her cynical son, a police detective, who believes she is a danger to them all. 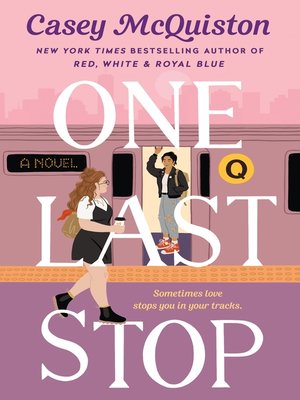 Cynical August starts to believe in the impossible when meets Jane on the subway, a mysterious punk rocker she forms a crush on, who is literally displaced in time from the 1970s and is trying to find her way back. 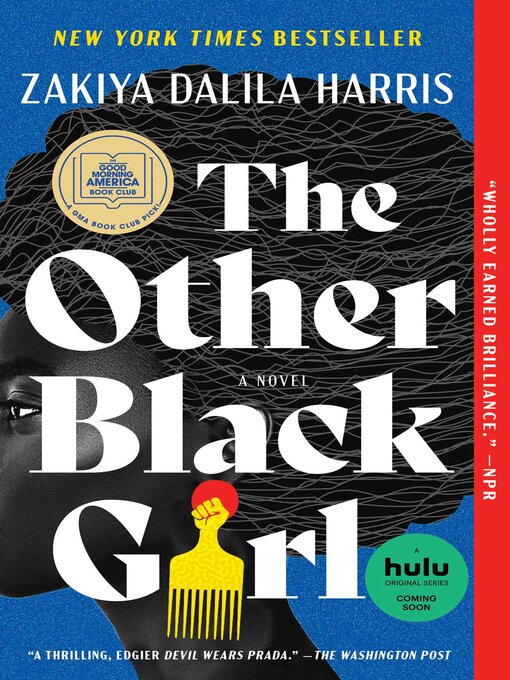 The Other Black Girl

Tired of being the only Black employee at Wagner Books, 26-year-old editorial assistant Nella Rogers is thrilled when Harlem-born and bred Hazel is hired until she after a string uncomfortable events, is elevated to Office Darling, leaving Nella in the dust. 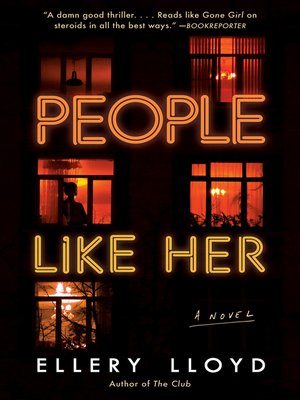 A successful media influencer’s morally questionable relationship with the truth exposes deep psychological cracks in her marriage at the same time her family is targeted by a violently obsessed fan. 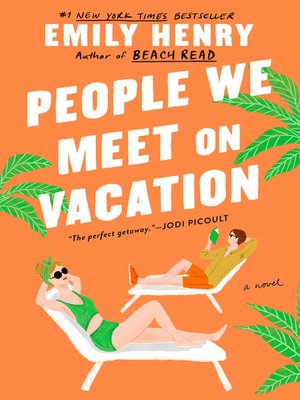 People We Meet on Vacation

Best friends Alex and Poppy try to repair their relationship two years after a disastrous vacation together by planning another vacation together in the new novel from the New York Times best-selling author of Beach Read. 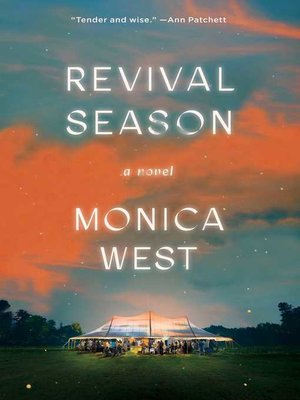 The daughter of one of the South’s most famous Baptist preachers discovers a shocking secret about her father that puts her at odds with both her faith and her family. 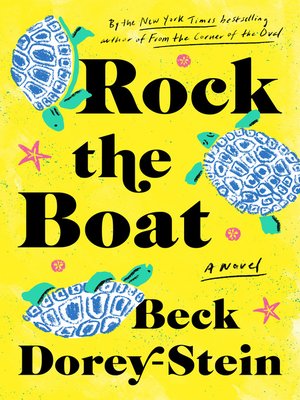 When a developer tries to cash in on Sea Point, three friends Kate, Miles and Ziggy must wade through, and overcome, the white lies and long-buried secrets that threaten to erode the bonds between them as well as the landscape of the beachside community they call home. 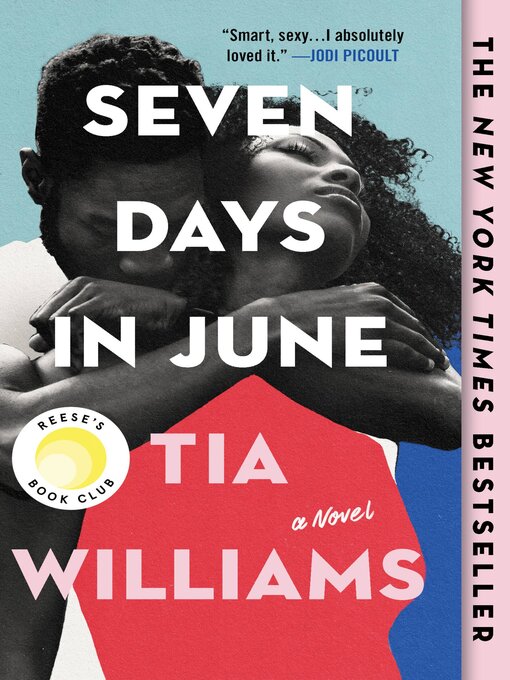 Running into reclusive author Shane Hall at a literary event, bestselling erotica writer Eva Mercy, over the next seven days, reconnects with this man who broke her heart 20 years earlier until he disappears again, leaving more questions than answers. 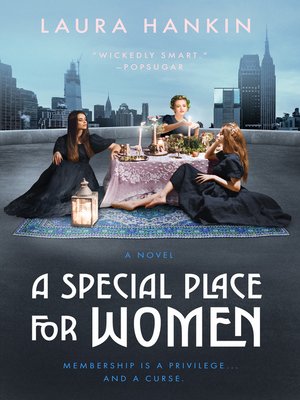 A Special Place for Women

A failing journalist seeking a scoop attempts to break into a secret, exclusive, women-only social club in New York where billionaire “girl bosses”?mingle with the astrology-obsessed and perform outlandish rituals aimed to bring success. 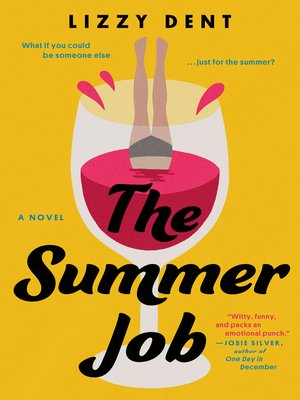 When Heather, her world class wine expert best friend, ditches a summer job at a highland Scottish hotel, Birdy wonders if she can survive the summer pretending to be her, especially when she falls in love with a man who thinks she is someone else. 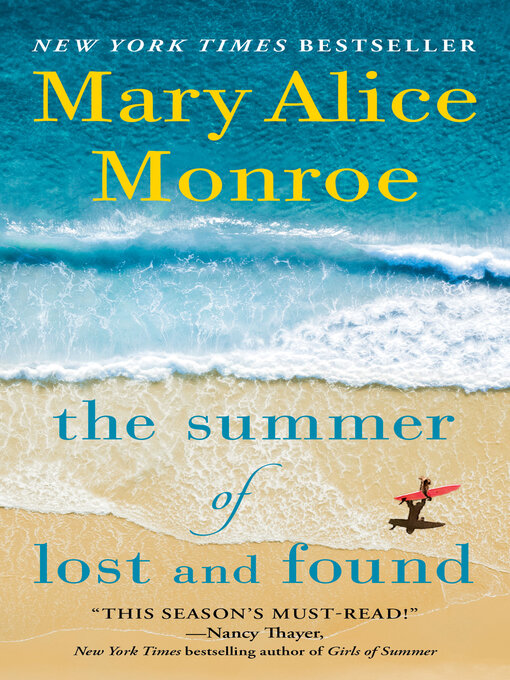 The Summer of Lost and Found

With her family, finances, emotions, relationships and health teetering on the brink, Linnea Rutledge finds her life further complicated by her feelings for John, an old flame who turns up from California and is quarantining next door. 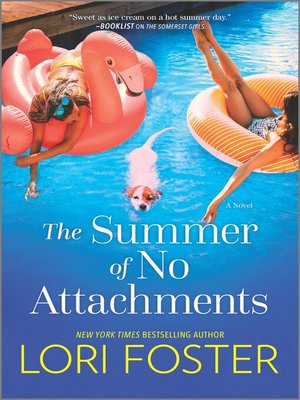 The Summer of No Attachments

Two best friends, local veterinarian Ivy Anders, who has a strict no-strings rule towards people, and Roxi, an assault survivor, each discover the rewards of opening their heart and letting others in when a pair of brothers arrive in town with an angry little boy in tow. 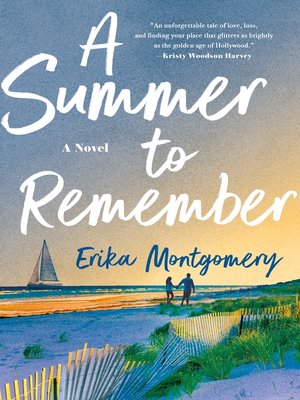 A Summer to Remember

When a mysterious package arrives, containing a photograph that changes her life forever, 32-year-old Frankie Simon, the owner of a movie memorabilia shop on Hollywood Boulevard, discovers the meaning of home and the magic of true love. 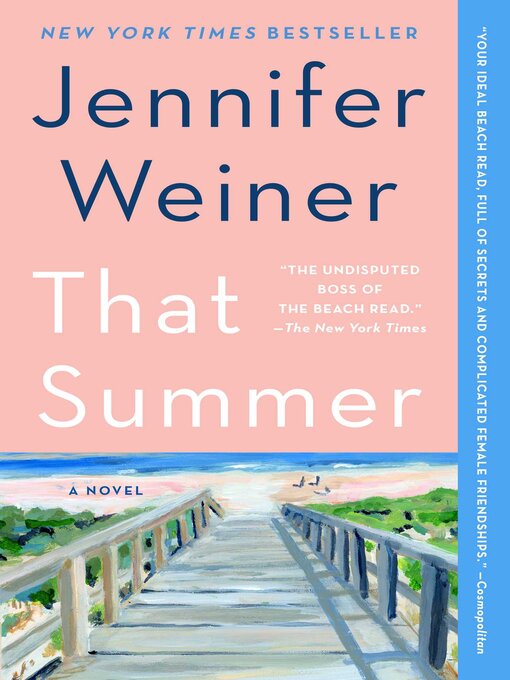 While trying to pinpoint the root of her dissatisfaction with her life, Daisy Shoemaker begins receiving misdirected emails meant for another woman and starts living vicariously through her until she discovers that their connection was not completely accidental. 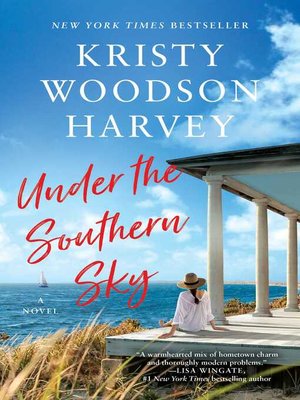 Under the Southern Sky

Two childhood friends, journalist Amelia and widower Parker, find solace in one another, which leads them to an unforgettable and life-changing lesson: family—the one you are born into and the one you choose—is always closer than you think. 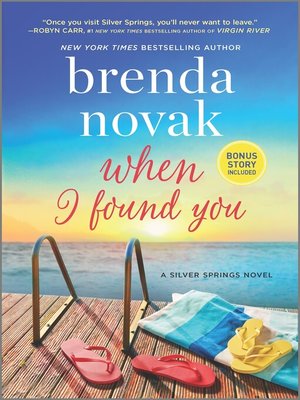 When I Found You

Starting over in the town of Silver Springs, pediatrician and single mom Natasha Gray tries to keep Mack Amos, the man who’s already broken her heart twice, at bay due to a revelation that could be made that neither of them are ready to face. 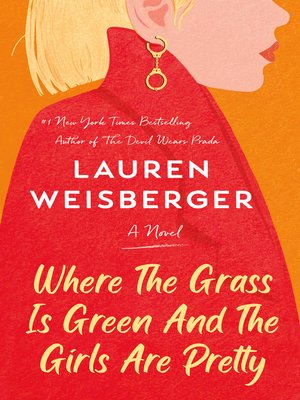 Where the Grass is Green and the Girls Are Pretty

When her husband is arrested in an Ivy League admissions sting, jeopardizing everything she worked so hard for, Peyton, co-anchor of a hit morning show, soon discovers that this is not the worst of it as dark secrets in their posh world come to light.