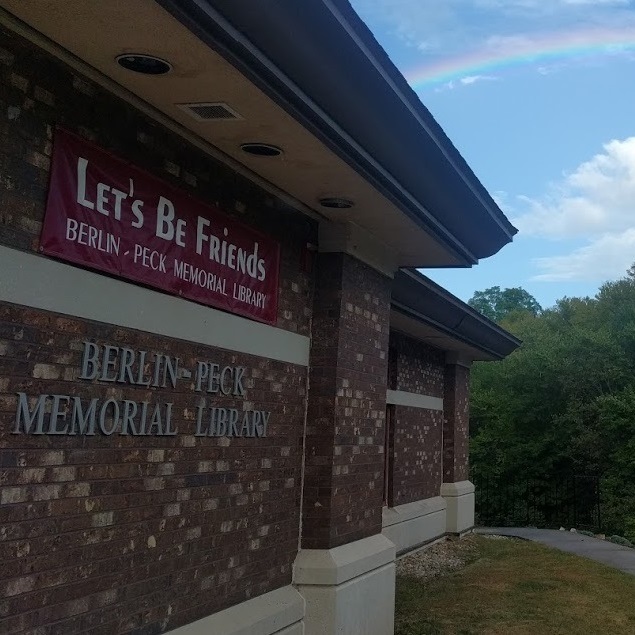 We're no Harry Potter, but we can trace the library's beginnings back to a cupboard under the stairs...

In November 1829, the Kensington Library Society was organized with the purchase of 40 books. The Secretary’s book begins:

“We the subscribers sensible of the benefits resulting to the community from the establishment of a public library have associated ourselves for the accomplishment of this object and adopted the following constitution.”

A building of our own

In 1900, Susan A. Peck was prominent and untiring among those who worked for the construction of a new library building. Through her efforts, she convinced her cousin Henry Hart Peck to donate the funds for a new building if a suitable location could be found. On May 3, 1901, the Kensington Library Society incorporated in order to receive land donated from Miss Harriet Hotchkiss and Mrs. Fannie Hotchkiss Jones. The land was tucked between the Hotchkiss and Moore family homes on Main Street.

On November 5, 1902, the Peck Memorial Library building was dedicated with a building approximately 1,680 square feet and a collection of 1,120 books.

In 1963, Lyman Hall breathed new life into the library. Through his efforts, an addition was made to the library building with funding from the Marjorie Moore Charitable Foundation. Marjorie Moore had been one of the incorporators of the library in 1901 and for over 50 years she was the secretary to the Kensington Library Society. Upon her death in 1957, she left a trust fund to Kensington.

Lyman Hall hired the first professional librarian as Library Director and helped transform the library into a modern facility. For the first time, story times, travelogues, and summer reading clubs were offered.

The expanded building had 3,520 square feet and a collection of approximately 7,000 books.

In a short time, the library outgrew both the addition and the original building. In 1986, Blanche Johnson Delaney led the negotiations so that the Town of Berlin took over the private library. For the first time, the Town of Berlin had a truly public library. Blanche Johnson Delaney and David Borthwick oversaw the building of a new facility near the Town Hall.

On October 2, 1989, the new Berlin-Peck Memorial Library was opened and dedicated. The new building has 21,655 square feet on the main floor with a full basement for expansion in the future. The library collection had 58,669 items with a circulation of 108,041.

Presently, the library is outgrowing the first floor of the building. The library’s collection holds 94,000 items with a circulation of over 200,000.