Books on Ukraine and Russia 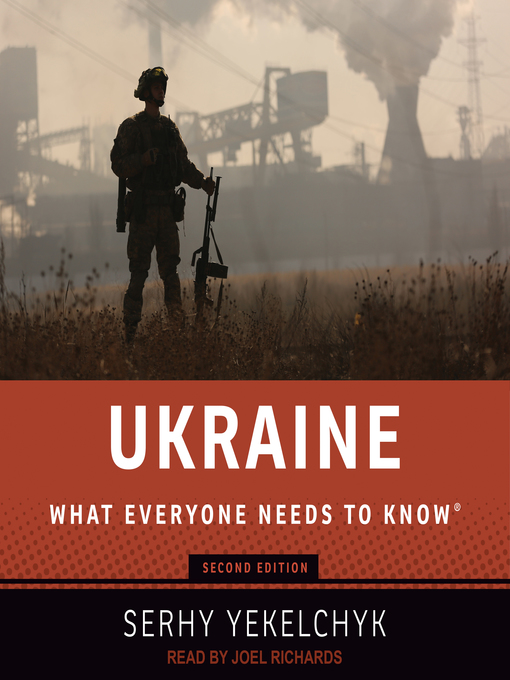 Ukraine
What Everyone Needs To Know

This reliable and accessible sourcebook by an accomplished and gifted Ukrainian historian beautifully conveys the knowledge we need to prevent misunderstandings, avoid stereotypes, and decode propaganda. It should be on the desk, the bed side, or the airplane tray table of everyone who is working to understand Ukraine or to help Europe resolve its major crisis. 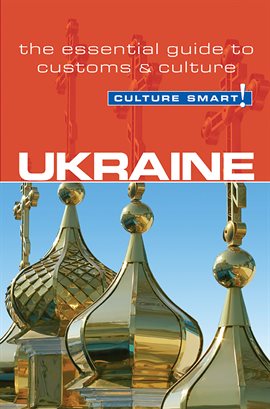 Looks at the social life, customs, and national characteristics of Ukraine, including coverage of such topics as values, attitudes, religion, family, food, language, and social relationships. 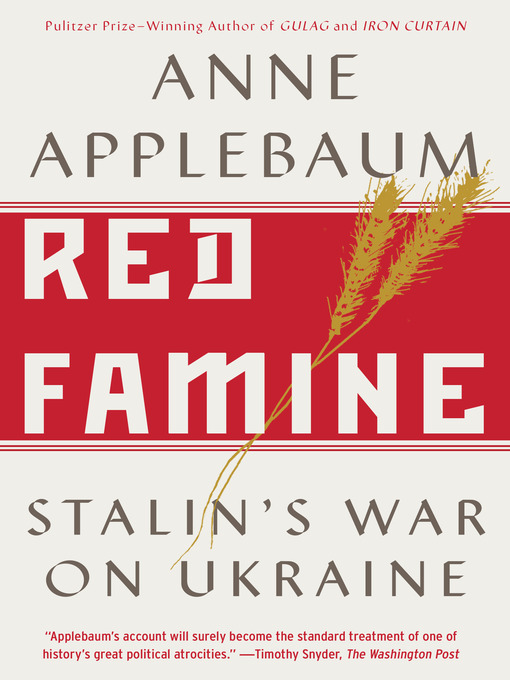 Draws on previously sealed records to prove that Joseph Stalin deliberately created his agricultural collectivization project to commit genocidal acts against the Ukrainians, citing the millions of peasants who died from starvation between 1931 and 1933 to solve a Russian political problem. 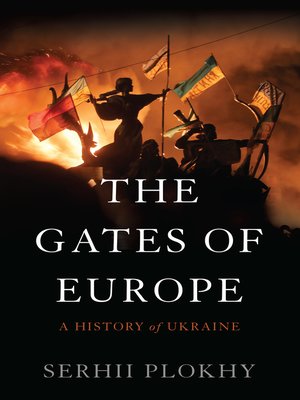 The Gates Of Europe
A History Of Ukraine

Presents a history of Ukraine, discussing how the country’s position as a gateway between the East and the West have led to numerous conflicts in the past and its constant struggle to defend against rival powers and maintain its independence. 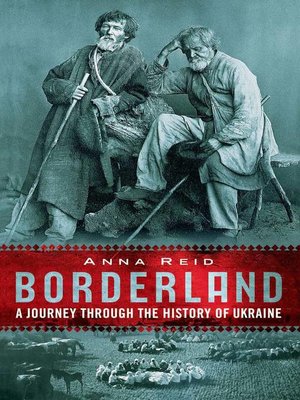 Borderland
A Journey Through The History Of Ukraine

In this finely written and penetrating book, Anna Reid combines research and her own experiences to chart Ukraine’s tragic past. Talking to peasants and politicians, rabbis and racketeers, dissidents and paramilitaries, survivors of Stalin’s famine and of Nazi labor camps, she reveals the layers of myth and propaganda that wrap this divided land. 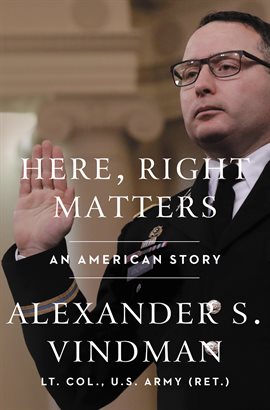 The former U.S. Army lieutenant, whose decision to report a phone call from former President Donald Trump to the President of Ukraine led to an impeachment, recounts his Ukrainian childhood and career as an intelligence official. The Fight Of Our Lives
My Time With Zelenskyy, Ukraine’s Battle For Democracy, And What It Means For The World

In this frank and moving inside account, Zelenskyy’s former press secretary tells the story of his improbable rise from popular comedian to the president of Ukraine. 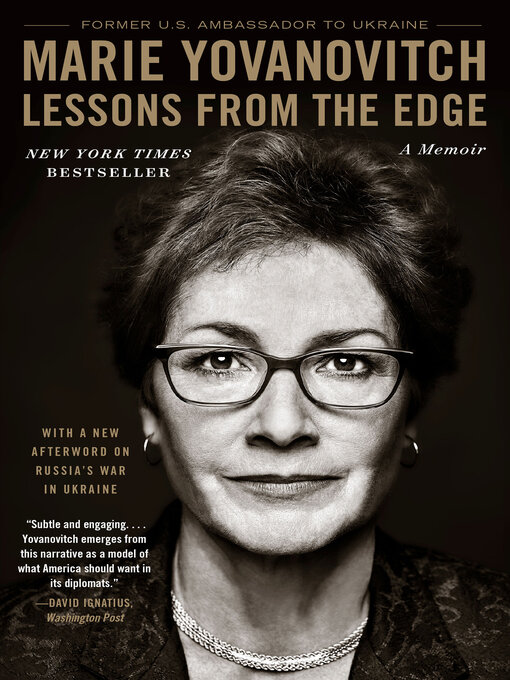 Lessons From The Edge

In a new memoir, the U.S. ambassador to the Ukraine, whose life and work have taught her the preciousness of democracy as well as the dangers of corruption, details her involvement in President Trump’s impeachment inquiry and her response to his smear campaign. 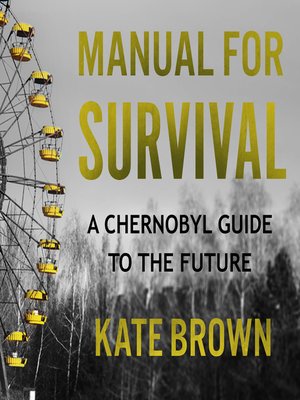 Manual For Survival
A Chernobyl Guide To The Future

Reveals how international scientists and diplomats tried to downplay the radioactive environmental and health consequences of the accident at Chernobyl by highlighting only the low number of deaths and minimizing the birth defects and cancers tied to it years afterward. 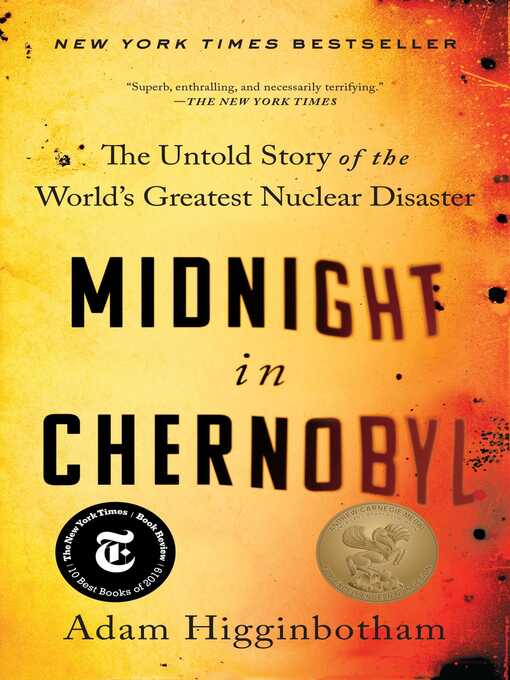 Draws on twenty years of research, recently declassified files, and interviews with survivors in an account of the 1986 Chernobyl nuclear power plant disaster that also reveals how propaganda and secrets have created additional dangers. 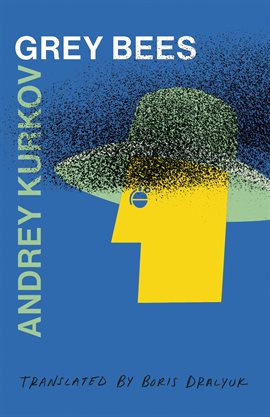 With a warm yet political humor, Ukraine’s most famous novelist presents a balanced and illuminating portrait of modern conflict. 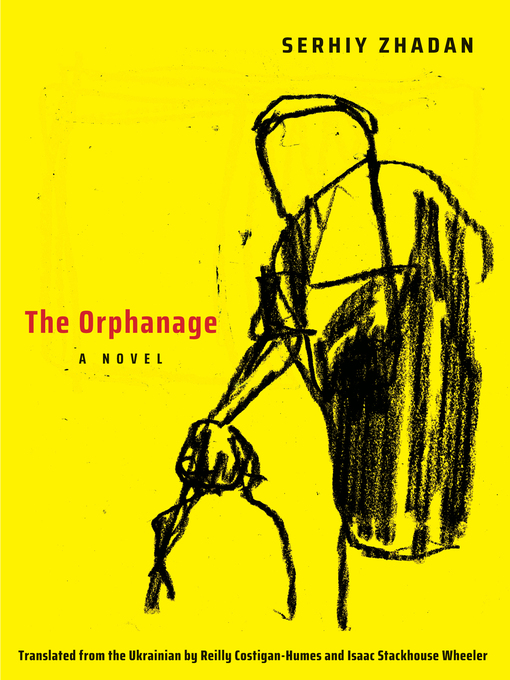 When hostile soldiers invade a neighboring city, Pasha, a thirty-five-year-old Ukrainian language teacher, sets out for the orphanage where his nephew Sasha lives, now in occupied territory. Venturing into combat zones, traversing shifting borders, and forging uneasy alliances along the way, Pasha realizes where his true loyalties lie in an increasingly desperate fight to rescue Sasha and bring him home. 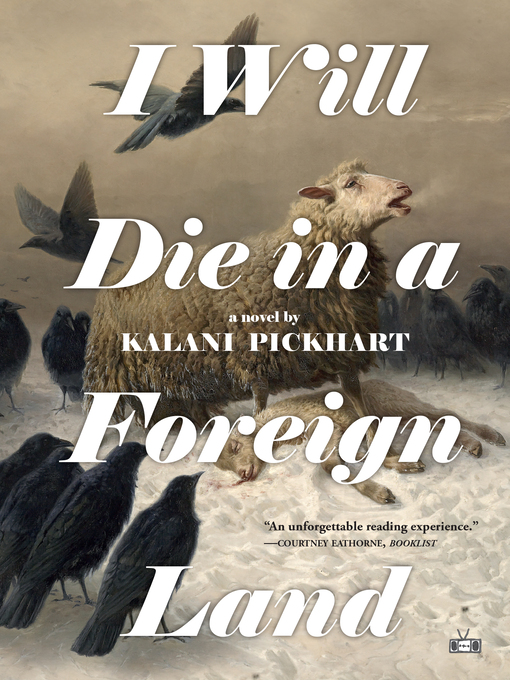 I Will Die In A Foreign Land

Follows four individuals over the course of a volatile Ukrainian winter, as their lives become intertwined and are forever changed by the Euromaidan protests triggered by President Yanukovych’s choosing to align with Russia instead of the European Union in 2013. 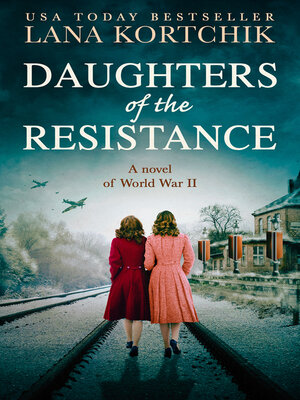 Daughters Of The Resistance

While on a train headed for labor camps under Nazi command, Lisa, a young Russian woman, is rescued by resistance fighters and falls in love with Maxim, one of the battalion members, who has dark secrets. 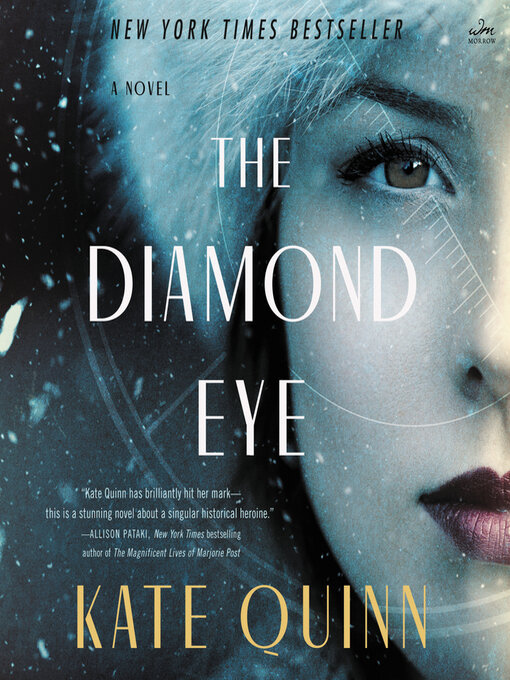 Known as Lady Death–a lethal hunter of Nazis–Mila Pavlichenko, sent to America on a goodwill tour, forms an unexpected friendship with First Lady Eleanor Roosevelt and a connection with a silent fellow sniper, offering her a chance at happiness until her past returns with a vengeance. 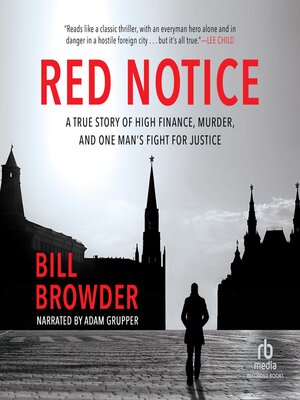 Red Notice
A True Story Of High Finance, Murder, And One Man’s Fight For Justice

Expelled from Russia after exposing corruption in Russian companies, an investment broker describes how his attorney was detained, tortured and beaten to death for testifying against Russian law enforcement officers who stole millions in taxes paid to the government. 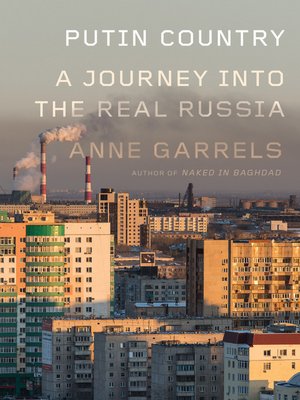 Putin Country
A Journey Into The Real Russia

A longtime NPR correspondent chronicles her journey into an aging military-industrial center a thousand miles east of Moscow, home to the Russian nuclear program, to chart the social and political aftershocks of the USSR’s collapse. 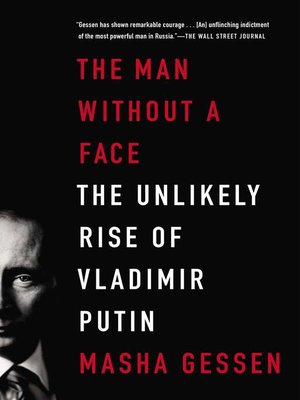 The Man Without A Face
The Unlikely Rise Of Vladimir Putin

Documents the Russian prime minister’s rapid ascent from a low-level KGB operative to the presidency, describing his selection by an ailing Boris Yeltsin’s oligarchy and the ways in which the author believes that his views and ambitions have renewed Russia’s threatening position to its citizens and the world. 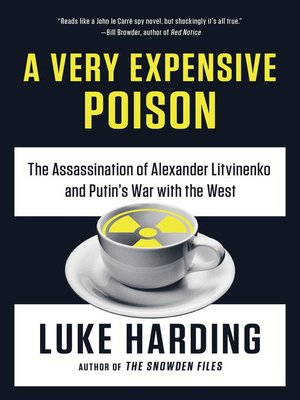 An account of the life, poisoning death and legacy of journalist and Russian dissident Alexander Litvinenko traces the author’s own life-risking investigation through Litvinenko’s final months infiltrating the arenas of organized criminals and political power players. 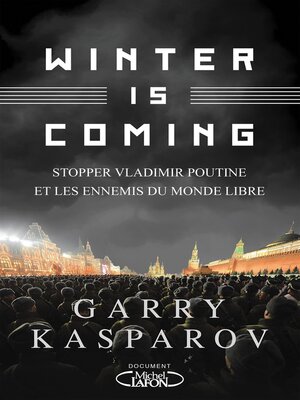 A Russian former #1 ranked chess player explains why he has opposed Russian president Vladimir Putin all along and issues a call for taking a diplomatic and economic stand against him. 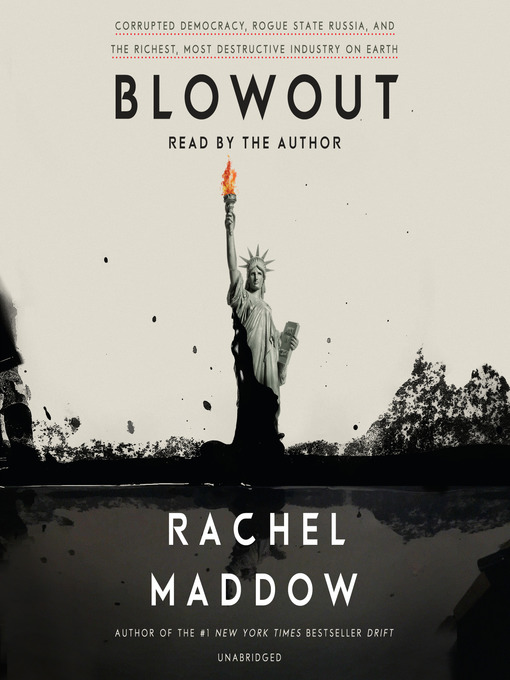 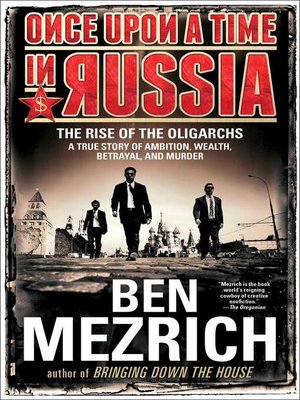 Once Upon A Time In Russia
The Rise Of The Oligarchs — A True Story Of Ambition, Wealth, Betrayal, And Murder

Presents an epic drama of rivalry and betrayal among billionaire Russian oligarchs, describing how Boris Berezovsky and Roman Abramovich amassed wealth and power after the fall of the Soviet Union until Berezovsky was forced to flee to the United Kingdom. 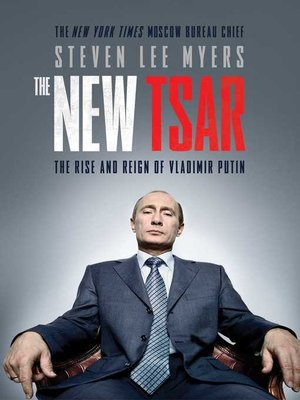 The New Tsar
The Rise And Reign Of Vladimir Putin

Relates the rise to power of Russian president Vladimir Putin, detailing his emergence from shrouded obscurity and deprivation to become one of the most consequential and complicated leaders in modern history. 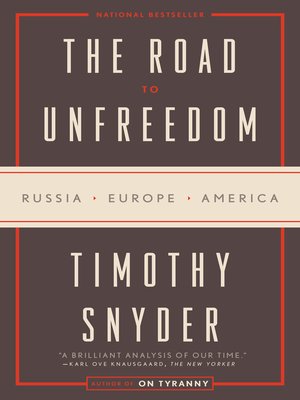 The author of On Tyranny chronicles the rise of authoritarianism from Russia to Europe and America in the post-Cold War years, tracing how, in the aftermath of celebrations predicting a peaceful and globalized future, Putin developed a power-consolidating political system that has spread throughout the west, triggering inflammatory elections and uprisings. 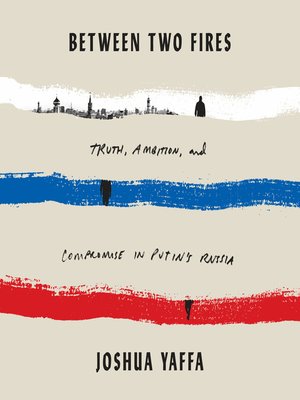 Between Two Fires
Truth, Ambition, And Compromise In Putin’s Russia

From a leading journalist in Moscow and a correspondent for The New Yorker, a groundbreaking portrait of modern Russia and the inner struggles of the people who sustain Vladimir Putin’s rule. 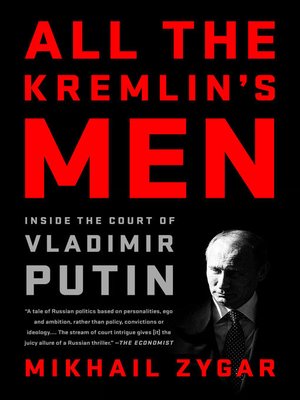 All The Kremlin’s Men
Inside The Court Of Vladimir Putin

Asserts that Putin is actually a weary leader controlled by the many men who advise and deceive him and that many of the Kremlin’s decisions have been nothing more than tactical responses to external events, devoid of logic or objective. 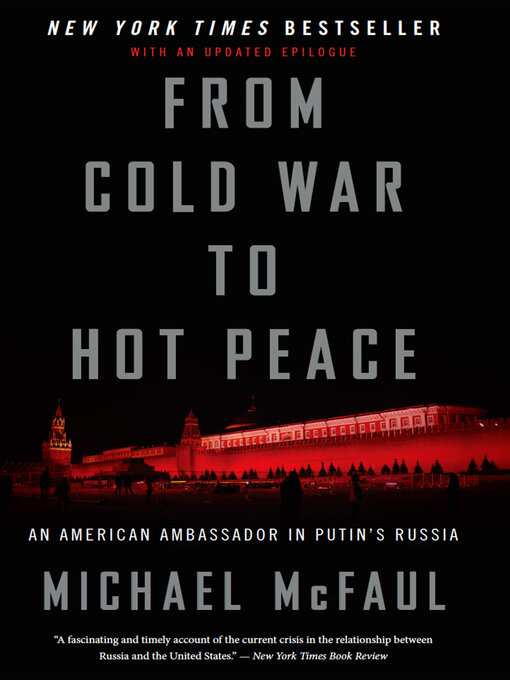 A former ambassador to Russia during the Obama administration describes how the progress made between the two countries was destroyed when Vladimir Putin returned to power and recounts how the Kremlin actively sought to discredit and undermine him. 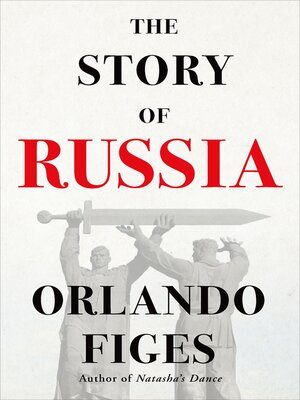 The Story Of Russia

Based on a lifetime of scholarship, this fresh approach to the thousand years of Russia’s history discusses the national mythologies and imperial ideologies that have shaped how Russians think about their past and how the country thinks and acts today.