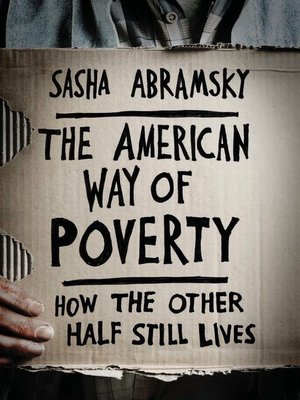 The American Way of Poverty
How the Other Half Still Lives

Delves into the stories of the struggling Americans behind poverty statistics and offers a course for putting the country back on a more economically just footing. 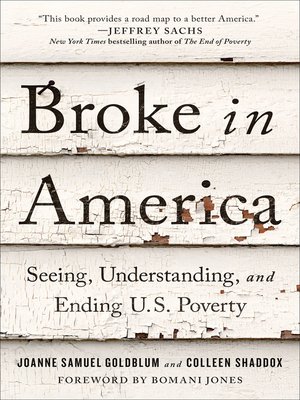 Broke in America
Seeing, Understanding, and Ending Us Poverty

A look at the conditions faced by the nearly 40 million people who live in poverty in America, with a detailed road map for how it could be eradicated within our lifetime though key policy changes. 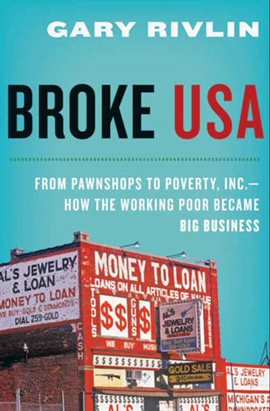 An exploration of one of America’s largest and fastest-growing industries, the business of poverty, which exploits the country’s poor through such ventures as subprime loans, pawn shops, check-cashing businesses, and payday loans. 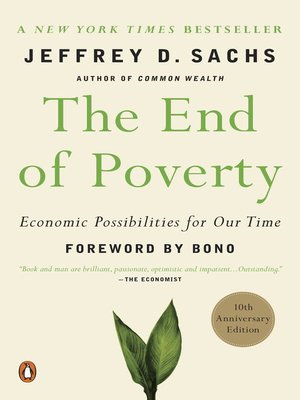 The End of Poverty
Economic Possibilities for Our Time

A respected international economic advisor and the director of The Earth Institute shares a wide-spectrum theory about how to enable economic success throughout the world, identifying the different categories into which various nations fall in today’s economy while posing solutions to top political, environmental, and social problems that contribute to poverty. 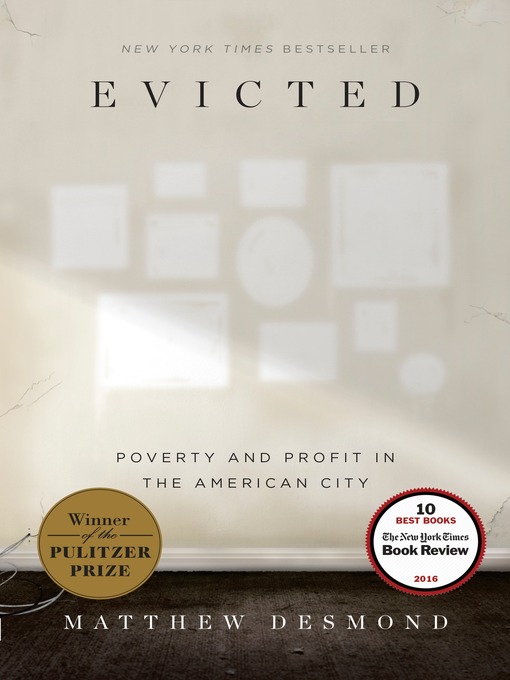 Evicted
Poverty and Profit in the American City

A Harvard sociologist examines the challenge of eviction as a formidable cause of poverty in America, revealing how millions of people are wrongly forced from their homes and reduced to cycles of extreme disadvantage that are reinforced by dysfunctional legal systems. 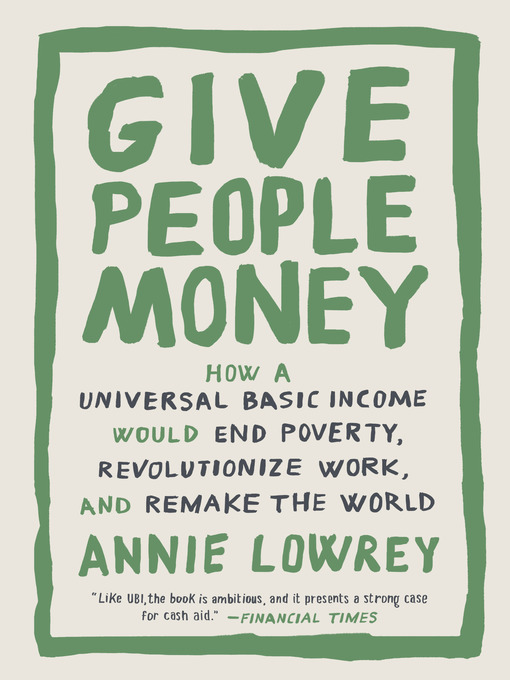 Give People Money
How a Universal Basic Income Would End Poverty, Revolutionize Work, and Remake the World

A global look at universal basic income—the idea of giving every citizen an annual stipend, no questions askedeexplains why, in an age of rapid automation, it might just be our best hope. 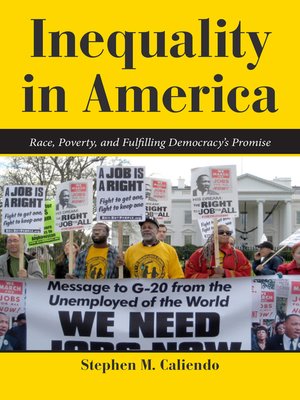 This textbook explores racial and economic inequality in America, focusing on the division between personal and institutional racism and classicism. 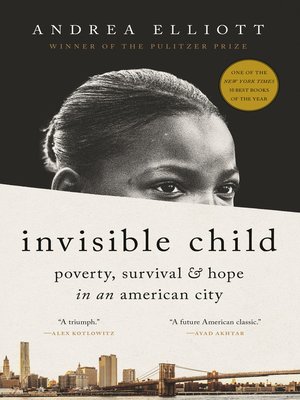 Invisible Child
Poverty, Survival, and Hope in an American City

Invisible Child reads like a page-turning novel. It is an astonishing story about the power of resilience, the importance of family and the cost of inequality—told through the crucible of one remarkable girl. 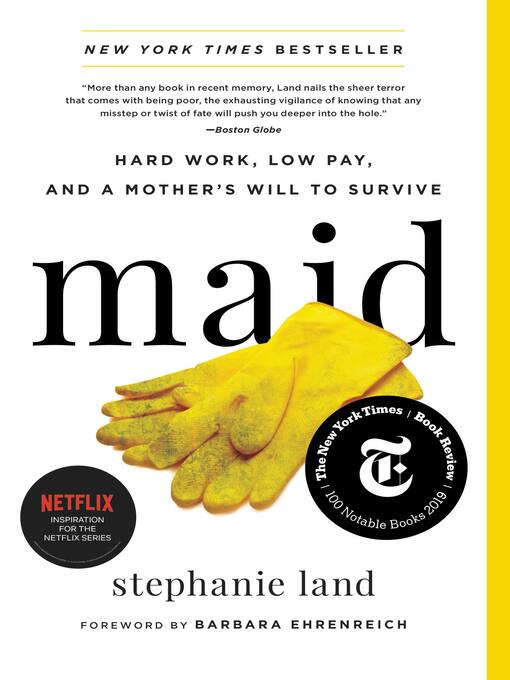 Maid
Hard Work, Low Pay, and a Mother’s Will to Survive

A journalist describes the years she worked in low-paying domestic work under wealthy employers, contrasting the privileges of the upper-middle class to the realities of the overworked laborers supporting them. 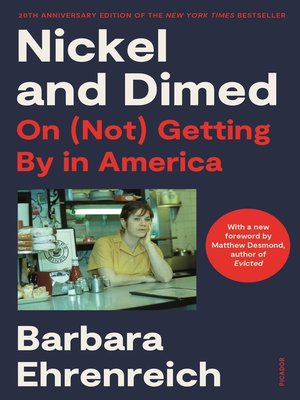 Nickel and Dimed
On (Not) Getting by in America

In an attempt to understand the lives of Americans earning near-minimum wages, Ehrenreich works as a waitress in Florida, a cleaning woman in Maine, and a sales clerk in Minnesota. Overthrowing the Queen: Telling Stories of Welfare in America

In 1976, Ronald Reagan hit the campaign trail with an extraordinary account of a woman committing massive welfare fraud. The story caught fire and a devastating symbol of the misuse government programs was born: the Welfare Queen. Overthrowing the Queen examines these legends of fraud and abuse while bringing to light personal stories of hardship and hope told by cashiers, bus drivers, and business owners; politicians and aid providers; and, most important, aid recipients themselves. Together these stories reveal how the seemingly innocent act of storytelling can create not only powerful stereotypes that shape public policy, but also redemptive counter-narratives that offer hope of a more accurate, fair, and empathetic view of poverty in America today. Overthrowing the Queen tackles perceptions of welfare recipients while proposing new approaches to the study of oral narrative that extend far beyond the study of welfare, poverty, and social justice. 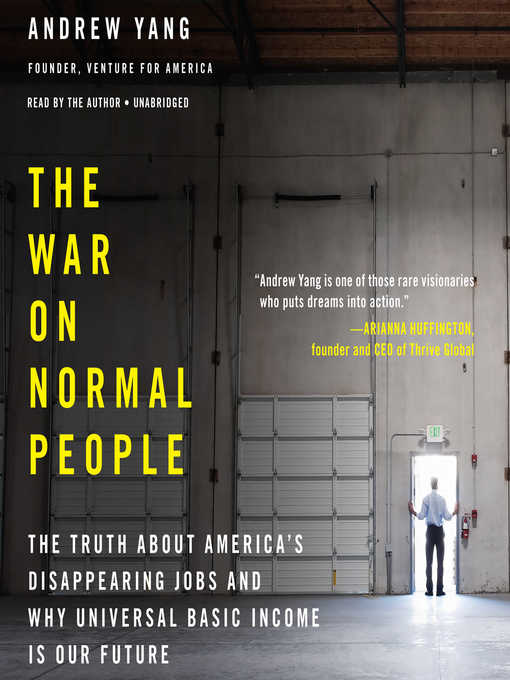 From the founder of Venture for America comes an eye-opening look at how new technologies are erasing millions of jobs before our eyes and a rallying cry for the urgent steps America must take, including Universal Basic Income, to stabilize our economy. Presented is an informative and humorous documentary film following a couple as they attempt to eat a healthy, well-balanced diet on a food stamp budget. Through their adventures they consult with members of U.S. Congress, food justice organizations, nutrition experts, and people living on food stamps to take a deep look at America’s broken food system.