May the 4th Be With You

Happy Star Wars Day! Check out these awesome ebooks, available for immediate download on hoopla—free with your library card!

Happy Star Wars Day! We’ve gathered together some awesome ebooks (and more) available now on hoopla… free with your Berlin-Peck library card! This list is mostly non-fiction and behind-the-scenes materials—but Star Wars has a long history of novelizations, fiction, and tons of children’s books. To see what else is available for download, check out Star Wars on OverDrive or hoopla for the full list.

All of these books are available for immediate download on hoopla—free with your library card! We’re big fans of the hoopla app; it’s easy to use, and you don’t need to wait for holds. For even more ebooks and audiobooks, check out OverDrive.

May the fourth (force) be with you! 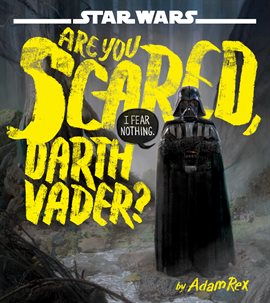 Are You Scared, Darth Vader?

Adam Rex
It’s midnight and the moon is full, but Darth Vader isn’t scared. OF COURSE I AM NOT SCARED. Nothing can scare Lord Vader! CORRECT. Not monsters or witches or ghosts, and especially not the dark. So what is Darth Vader scared of? Read on in Adam Rex’s hilarious and spooky Star Wars tale to find out! YOU WILL LEARN NOTHING. 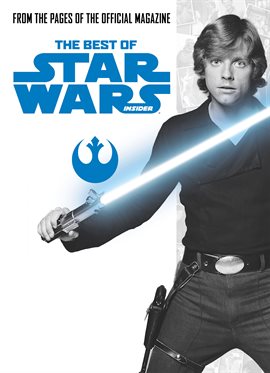 The Best of Star Wars Insider

Jonathan Wilkins
Discover the secrets behind the most popular space fantasy of all time. Exclusive interviews with the creators, cast, and crew of the entire Star Wars saga. Amazing transcripts of creator George Lucas discussing the early days of the spin-off fiction and comics! Exclusive commentary on each interview. Rare images direct from the Lucasfilm Archives. The team responsible for the Emmy-award winning animated series Star Wars: The Clone Wars, reveals the story behind the hit show! Best of Star Wars Insider Series 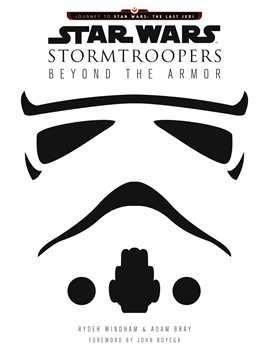 Ryder Windham, Adam Bray
This unique and beautifully designed compendium traces one of the franchise’s most iconic characters—the storm trooper—from initial development through all nine Star Wars movies to their many iterations in TV, comics, videogames, novels, and pop-culture. Filled with photographs, illustrations, story boards, and other artwork! 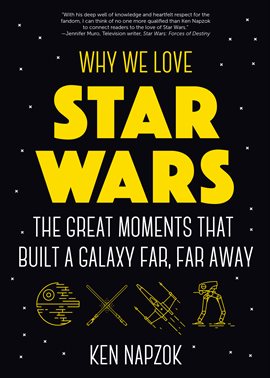 Why We Love Star Wars

Ken Napzok
All of us who are deeply influenced by the epic saga of Star Wars have our favorite moments. Each time the screen goes black and you see those words— “A Long Time Ago, In A Galaxy Far, Far Away”—the music blasts through you and you’re a kid again. Ken Napzok, expert appreciator of Star Wars, counts down each one of those special moments that makes this series not just the best movies of all time, but the Greatest Saga Ever Told. 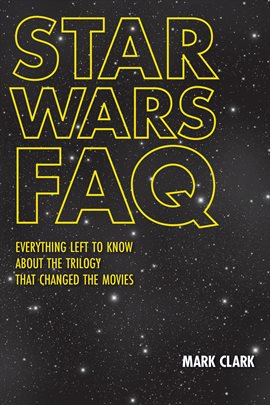 Mark Clark
Star Wars FAQ explores every aspect of the original Star Wars trilogy, including the books and movies that inspired George Lucas, early screenplay drafts that were never filmed, and people who made key contributions to the trilogy’s success. Along the way, it unearths underreported stories and illuminating minutiae often skimmed over or completely ignored in other histories: the Star Wars Holiday Special debacle and the Ewok TV movies; the rise of Star Wars fiction, imitators, and parodies; and dozens of rare publicity stills and photographs of vintage memorabilia. 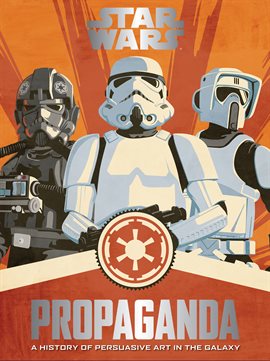 Pablo Hidalgo
A Star Wars authority deepens and extends our appreciation of the Star Wars galaxy with this imaginative “history” featuring striking full-color artwork-created exclusively for this entertaining volume-that examines the persuasive messages used to intimidate and inspire the citizenry of the galaxy far, far away… 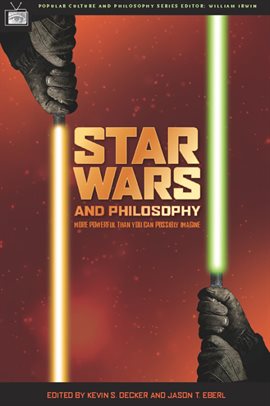 Kevin S. Decker, Jason T. Eberl
The Star Wars films many complex themes: good versus evil, moral development and corruption, religious faith and pragmatism, forgiveness and redemption. Star Wars and Philosophy tackles philosophical questions from these blockbuster films including: Was Anakin predestined to fall to the Dark Side? Are the Jedi truly role models of moral virtue? Why would the citizens and protectors of a democratic Republic allow it to descend into a tyrannical empire? Is Yoda a peaceful Zen master or a great warrior, or both? Why is there both a light and a dark side of the Force? 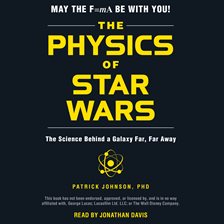 The Physics of Star Wars

Patrick Johnson
Explore the physics behind the world of Star Wars, with engaging topics and accessible information that shows how we’re closer than ever before to creating technology from the galaxy far, far away-perfect for every Star Wars fan! 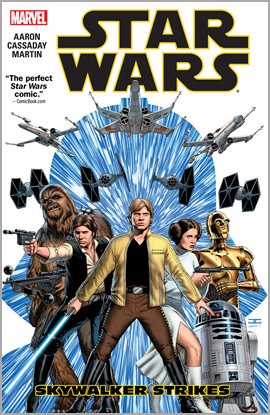