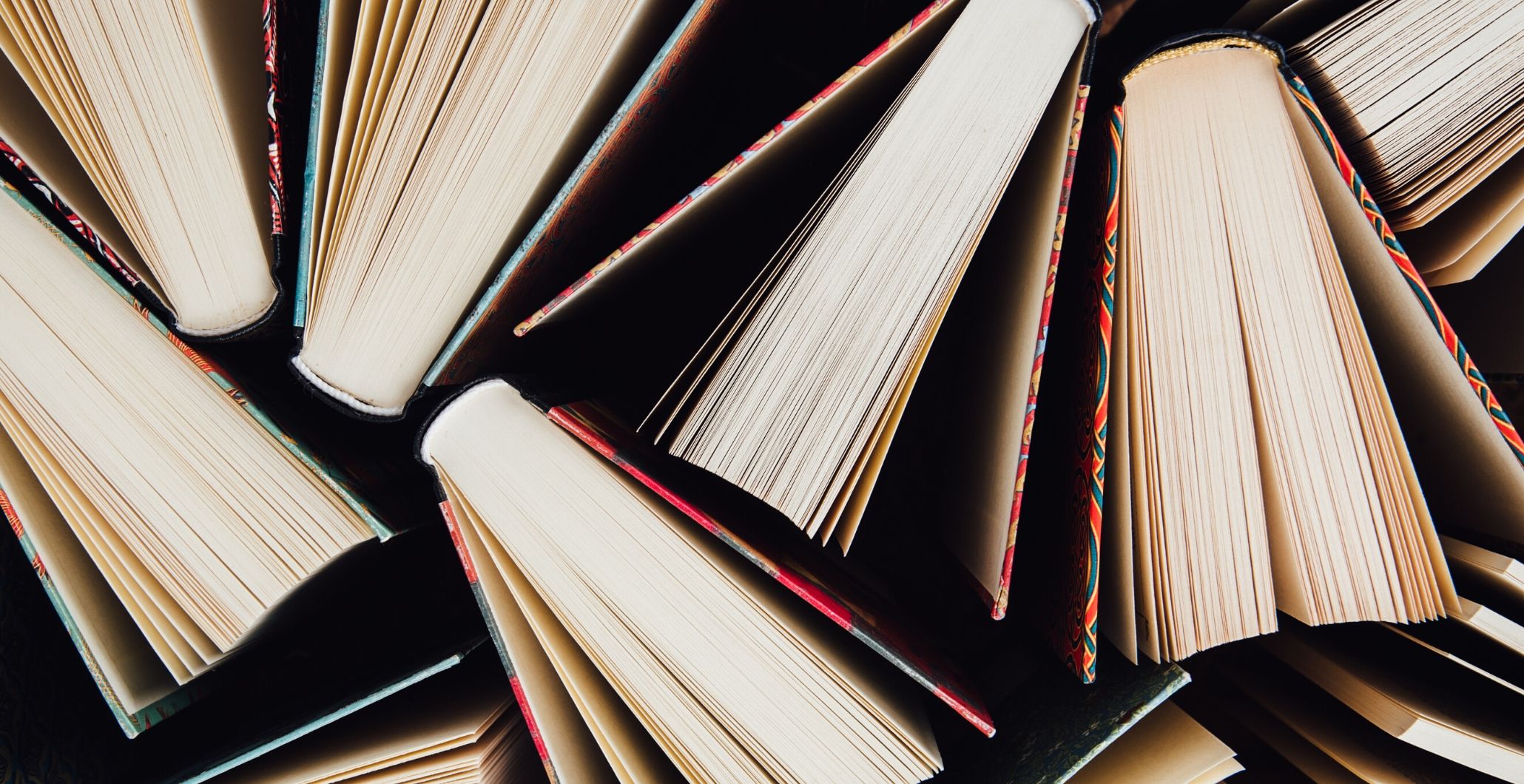 Do you ever feel overlooked? Well, some of our books definitely do! These haven’t been checked out in a while, but we still think they’re worth reading. Won’t you give them a chance?

Graz, Austria, 1938. Joseph Skizzen’s father, pretending to be Jewish, leaves his country for England with his wife and two children to avoid any connection with the Nazis. In London with his family for the duration of the war, he disappears under mysterious circumstances. The family is relocated to a small town in Ohio, where Joseph Skizzen grows up, becomes a decent amateur piano player, and creates as well a fantasy self– a professor with a fantasy goal: to establish the Inhumanity Museum.

Still grieving the sudden death of their mother, Sam and Ollie McAlister move to rural Oregon to live with Bear, their teepee-dwelling, beekeeper father. But shortly after they arrive a young woman is found dead floating in the river and the police arrest their eccentric father as the prime suspect.

Mary-Rose MacColl
For fans of Call the Midwife or WWI fiction.

Traveling to France during World War I to bring home her fifteen-year-old brother, who ran away to enlist, Iris, a young Australian nurse, decides to stay in Paris to help establish a field hospital staffed entirely by women.

Siobhan MacDonald
For fans of psychological thrillers or mysteries.

Two families, one in Ireland and one in Manhattan, agree to swap houses for vacations, and to work on their troubled marriages, but a murdered woman found in the driveway of the house in Limerick causes secrets to be revealed.

Kevin Maher
For fans of coming of age novels.

A warm and funny debut novel about a young man in trouble and a family in love and in pieces. A teenager in 1980s Dublin becomes involved with a gorgeous older girl but also suffers abuse by a local priest and becomes increasingly troubled in this new novel from a veteran feature writer and columnist for The Times.

Pulled back into the Midwestern world of their Indian immigrant parents when their mother is taken ill, Mala sets about learning everything she can about her mother’s art of Indian cooking, while her brother Ronak tries to sell their experience as a book and a TV documentary, furthering the cultural divide.

Adam Colby didn’t believe in marriage anymore. After Haley left him, he was convinced that lasting marriage was a fairy tale. He gave up hope of ever experiencing a lasting covenant. But then he found the postcards…

In a time of Rasputin’s magic and Romanov mystery, a young girl finds herself at the heart of the royal family. She was an orphan, ushered into the royal palace on the prayers of her majestry. Yet, decades later, her time spent in the embrace of the Romanovs haunts her still. Is she responsible for those murderous events that changed everything? If only she can find the heir, maybe she can put together the broken pieces of her own past-maybe she can hold on to the love she found.

The proprietor of a vintage clothing store in Manhattan comes across a journal written by a young woman who wished to become a department store buyer, a goal which–in 1907–meant butting against the prevailing mores that dictated that women be confined to marriage and motherhood.

In the Language of Miracles

Rajia Hassib
For fans of fiction about immigrants, family, or racism.

The affluent Al-Menshawy family find their American dream shattered when a devastating turn of events leaves their eldest son and their neighbor’s daughter dead, and, becoming pariahs in their upscale New Jersey community, they struggle to keep their family together.

On November 22, 1963, the First Lady accompanied her husband to Dallas, Texas, dressed in a pink Chanel-style suit. Much of her wardrobe came from the New York boutique Chez Ninon, where a young seamstress, named Kate, worked behind the scenes to craft the outfits. When the pink suit Kate created becomes iconic for all the wrong reasons, her already fragile world, divided between the excess and artistry of Chez Ninon and the traditional values of her insular neighborhood, threatens to rip apart.

You Should Pity Us Instead

A collection of stories explores the complex and often contradictory impulses of love, obligation, and morality. “Amy Gustine’s You Should Pity Us Instead is a devastating, funny, and astonishingly frank collection of stories. Gustine can be brutally honest about the murky calculations, secret dreams and suppressed malice to which most of us never admit, not even to ourselves.

The Taste of Apple Seeds

When Iris unexpectedly inherits her grandmother’s house in the country, she also inherits the painful memories that live there. Iris gives herself a one-week stay at the old house, after which she’ll make a decision: keep it, or sell it. The choice is not so simple, though, for her grandmother’s cottage is an enchanting place where currant jam tastes of tears, sparks fly from fingertips, love’s embrace makes apple trees blossom, and the darkest family secrets never stay buried. As Iris moves in and out of the flicker between remembrance and forgetting, she chances upon a forgotten childhood friend who could become more.

The Secrets of Lake Road

Hiding the truth about her role in her high-school boyfriend’s drowning for 16 years, Jo avoids the family lakeside home that is loved by her preadolescent daughter, who discovers her mother’s secret in the wake of a child’s disappearance.

Robert Karjel
For fans of action and adventure.

Sent to a remote American military base in the Indian Ocean, Swedish security police officer Ernst Grip joins forces with FBI agent Shauna Friedman to determine if a detainee known only as “N.”, a suspect in an Islamist-inspired terror plot, is a Swedish citizen.

Motherhood Made a Man Out of Me

In this comedy of manners and biology, Karbo gives us a laugh-out-loud look at the wonders of pregnancy and motherhood. It is a world where the women are fierce and strong and the men duck and cover – a world that is turned upside down when the expecting mother turns out a most unexpected child. It celebrates the courage and strength of women and the bonds that join them ‘in the motherhood.’

Carrie Karasyov and Jill Kargman
For fans of chick lit and humorous fiction.

Skewers the upper crust young people of Manhattan’s Park Avenue in the story of Julie, a hip, downtown salesgirl at Pelham’s jewelry store, who is adopted by wealthy Lell Palham and her friends who pass her off as an heiress as a joke.

The Line Between Here and Gone

Andrea Kane
For fans of psychological thrillers, mystery or suspense.

When Amanda Gleason discovers that her newborn son’s father, who was brutally murdered, might still be alive, she hires Forensic Instincts, a team that pushes ethical and legal boundaries, to find the only person who can save her son from a rare immune deficiency.

Stephanie Kallos
For fans of fiction about love, loss and hope.

Charles Morrow, a high school English teacher who finds it difficult to connect with his autistic son, his college-bound daughter, or his ex-wife, begins to rise out of the rut his life has fallen into with the help of an art student and an Italian-speaking nun.

At Home with the Templetons

Monica McInerney
For fans of family sagas with complex characters.

When the Templeton family takes up residence in an imposing and long-empty manor in the countryside of Victoria, Australia, the locals begin to buzz with gossip. The seven Templetons moved from England and seem unusual, peculiar even-especially when they begin to lead tours through the stately home while dressed in period costume. No one is more intrigued by the family than their neighbors, single mother Nina Donovan and her son, Tom. Though they try to keep their distance from the often shocking Templeton dramas, Nina and Tom find their lives unexpectedly entwined with this enigmatic family, much to the delight of Gracie, the youngest Templeton daughter. Then one day, a tragedy tears them all apart.

The Space Between Sisters

They are two sisters who couldn’t be more different. Win, organized and responsible, plans her life with care. Poppy, impulsive and undependable, leaves others to pick up the pieces. But despite their differences, they share memories of the idyllic childhood summers they spent together on the shores of Butternut Lake. Now, thirteen years later, Win, recovering from a personal tragedy, has taken refuge on Butternut Lake, settling into a predictable and quiet life.

Friends at Brown University, Marina, Danielle, and Julius are still looking to make their marks as they approach their 30s. Marina lives with her celebrated parents on the Upper West Side while trying to complete her book. TV producer Danielle’s success is due to the puff pieces she churns out. Freelance critic Julius can barely make ends meet. Into this mix comes Bootie, Marina’s college droupout cousin, who is just the catalyst the three friends need to start making siginificant changes in their lives.

James MacManus
For fans of historical romance or those interested in Baudelaire.

A tale based on the romance between Charles Baudelaire and the Haitian cabaret singer who inspired his most controversial poems is set against the art scene of nineteenth-century Paris and follows their scandalous public trial for obscenity.

Ann-Marie MacDonald
For fans of fiction about parenthood with LGBTQ characters.

A stay-at-home mom, juggling the inherent insanity of caring for small children, experiences a flare-up of a childhood illness that causes her to question her own upbringing and the way she is raising her family.