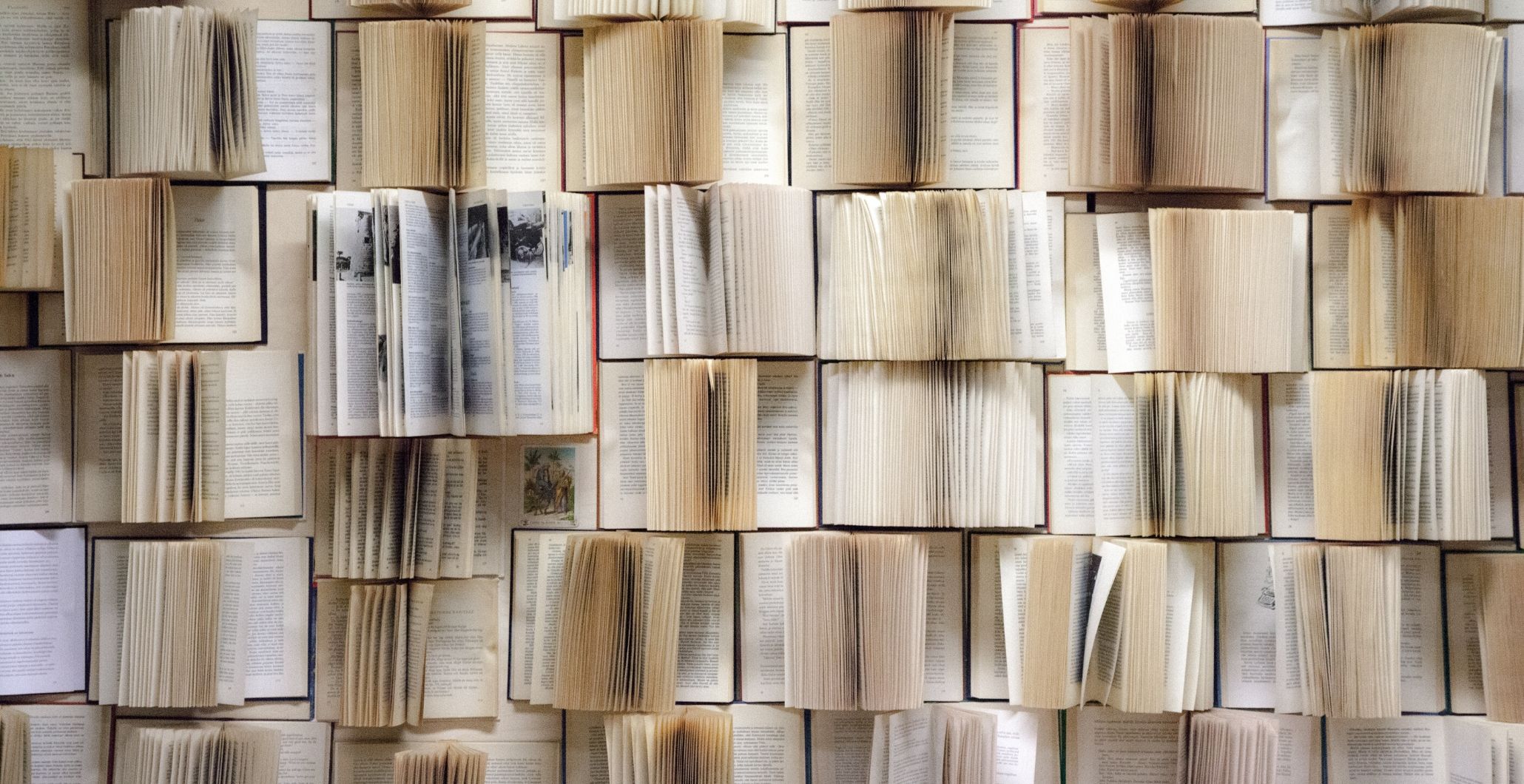 Do you ever feel overlooked? Well, some of our books definitely do! These haven’t been checked out in a while, but we still think they’re worth reading. Won’t you give them a chance?

A most extraordinary satire, Jason Heller’s debut novel follows the strange new life of a presidential Rip Van Winkle: a man who never even wanted the White House in the first place, yet finds himself hurtling toward it once more-this time, through the media-fueled madness of 21st-century America. For fans of humorous alternate history.

Starting a new life in London, aspiring playwright Luke Kanowski, who is much sought after, becomes caught in a tangled web of love, friendship and art that, when it unravels, has terrible consequences for all involved.

Elaine Hussey
For fans of Southern fiction about race relations.

Dying of cancer, former jazz singer Betty Jewel Hughes takes out a want ad seeking a loving mother for her 10-year-old daughter, which, despite the racial tensions of 1955, garners the attention of an outspoken white housewife who desperately wants to help them.

The Two of Us

Andy Jones
If you loved One Day and The Rosie Project, you will fall head-over-heels for The Two of Us.

A charming, unconventional love story about a couple who embark on a wildly passionate, two-week fling that will change both of their lives forever. If you loved One Day and The Rosie Project, you will fall head-over-heels for The Two of Us.

Neglected by his father and stepmother in the years after his mother’s death, seventeen-year-old Lewis Aldridge commits an act of violence that lands him in prison and returns two years later to a community that no longer welcomes him, a situation that is complicated by secrets that are revealed during his relationship with his new boss’s daughters.

The Beauty of Humanity Movement

Searching for answers about her dissident father’s disappearance, a Vietnamese-American art curator returns to her ancestral country, where she meets a venerable pho stall soup maker and a dynamic young tour guide whose historical and cultural insights irrevocably shape her life.

Jessamyn Hope
For fans of literary fiction set in Israel.

It’s 1994 and Adam, a drug addict from New York City, arrives at a kibbutz in Israel with a medieval sapphire brooch. To redress a past crime, he must give the priceless heirloom to a woman his grandfather loved when he was a Holocaust refugee on the kibbutz fifty years earlier. But first, he has to track this mystery woman down, a task that proves more complicated than expected.

In the years after World War I the Hess family attempt to rid themselves of the anti-German sentiment that left a stain on their name. But when the youngest two daughters vanish in the middle of the night, the family must piece together what happened while struggling to maintain their life on the unforgiving Iowa plains.

The Sorrows of an American

Siri Hustvedt
For fans of fiction with riveting storytelling and complex relationships.

Finding a disturbing note from a mysterious woman in their late father’s papers, grieving siblings Erik and Inga investigate clues that make them suspect that their father may have played a role in a suspicious death, a situation that is further complicated by Erik’s new tenants, his psychiatric patients, and a hostile widow journalist.

The Line of Beauty

Alan Hollinghurst
For fans of psychological or gay fiction.

Moving into the attic room in the Notting Hill home of the wealthy, politically connected Fedden family in 1983, twenty-year-old Nick Guest becomes caught up in the rising fortunes of this glamorous family and finds his own life forever altered by his association during the boom years of the 1980s.

Judith Hooper
For fans of biographical fiction about mental illness.

We don’t know what’s wrong with Alice. No one does, though her brothers have inventive theories, and the best of medical science offers no help. So, with Alice in bed, we travel to London and Paris, where the James children spent part of their unusual childhood. We sit with her around the James family’s dinner table, as she, the youngest and the only girl, listens to the intellectual elite of Boston, missing nothing. The book is accompanied by Hooper’s Afterword, What was Wrong with Alice?, an analysis of the varied psychological ills of the James family and Alice’s own medical history.

Ramsey Hootman
For Fans of The Fault in Our Stars, Silver Linings Playbook, or beach reads.

Samuel is a shy, withdrawn computer programmer in need of a change in his life. He thinks a new town and a teaching job will do the trick, but when he falls for Greta, the school’s imposing tomboy gym teacher, he discovers that change can come from unexpected places. In this charming, unconventional first novel, an unlikely pair stumbles down a rough road of romance and self-discovery with all the emotional and physical baggage that middle age–and disability–can bring.

Contents May Have Shifted

A woman seeking a reprieve from a going-nowhere relationship finds solace in flying to exotic places around the world from Alaska to Bhutan.

Once Upon a Time in Camelot

The powerful McCormick family places a hit on their political rival, defense analyst Alan Hirsch, but the hit man contracted for the murder, Vince Kegan, begins to question his mission and the intentions of the McCormicks. A Booklist Best Mystery for 2016.

Thorn Among the Lilies

In Michael Hiebert’s haunting and powerful novel, a long-ago tragedy echoes through small-town Alabama as one woman tries to track down a serial killer. Detective Leah Teal, after being told by a psychic to look into a series of grisly murders, finds a connection among them and races to prevent another killing.

Close to the Broken Hearted

Michael Hiebert
For fans of suspense, mystery or detective fiction.

When Preacher Eli, the man who killed her brother, is released from prison and moves back to Alvin, Alabama, 22-year-old single mother Sylvie Carson succumbs to mounting panic, while Detective Leah Teal, trying to keep Sylvie calm, discovers that the girl is in real danger.

The World Before Us

Working as an archivist in an under-funded London museum twenty years after a child left in her charge disappeared, Jane investigates a similar disappearance from more than a century earlier and discovers clues about an enigmatic community.

Gossip of the Starlings

Admitted to the Esther Percy School for Girls with the provision that she clean up her act, Catherine Morrow’s efforts are threatened when she enters the orbit of the charismatic and beautiful Skye Butterfield, the daughter of a famed senator and a young woman on a fiercely determined self-destructive path that Catherine can neither resist or prevent.

On the Occasion of My Last Afternoon

Kaye Gibbons
For fans of chick lit or historical fiction.

The long-vanished world of the Old South–from 1842 to 1900–comes alive in the story of Emma Garnet, as she moves from pampered plantation owner’s daughter, through her discovery of the evils of slavery and work in military hospitals during the Civil War, to her final reconciliation with her feelings about the South.

More than thirty-five years ago, Gordon Meyers had a low number in the draft pick so he packed his belongings and reluctantly left Glenna Rising, a med student without whom he could’t imagine living. Now, decades later, Gordon is a former globe-trotting consultant with a grown son and an ex-wife an overwhelming desire to see Glenna again. Glenna is astonished when Gordon walks into her Manhattan office, but agrees to accompany him for a drink. Together they rediscover the passion that drew them together before it tore them apart. As the evening progresses, Gordon will finally reveal the true reason for his return.

An ex-assassin for the United States government, Paul Janson, teams up with an accomplished sharpshooter, Jessica Kincaid, to rescue a doctor abducted by African pirates in international waters and realizes there are larger forces at work when their liberation mission goes awry.

Roopa Farooki
For fans of chick lit and romance.

Delphine Khanum fantasizes about rekindling her relationship with her father-in-law Zaki, whom she loved long before she met and married his son. But as she discovers in this richly layered, multi-generational tale, the closer one’s dreams become, the more risk there is of losing sight of what really matters.

The End of Innocence

It is the twilight of innocence: America 1914. As Europe goes to war, Helen, a Boston bluestocking, begins her studies at Harvard-Radcliffe. Riley, a carefree British playboy more interested in chasing women than studying, sets his sights on her. He is surprised to find that his adversary in love is not Helen’s protective brother, but Riley’s own cousin, Wils Brandl, a brooding poet and German noble. As distant conflict begins to penetrate the quiet walls of Harvard, Wils must return to Europe and face a war for which he is not prepared. Set in Boston and Flanders Fields, Harvard 1914 explores love, war, and a new social imagination.

Three generations of women in the del Pino family, divided over conflicting political loyalties after the Cuban revolution, are reunited in Havana by a devoted granddaughter who has refused to sacrifice her family ideals.