Read About Pandemics in History

Interested in learning more about vaccines and pandemics? Check out these books compiled for our recent program on COVID-19.

Interested in learning more about vaccines and pandemics? Check out these books that were compiled for our recent program with Dr. Banach, the Medical Director for the Infection Prevention and Control program at UConn Health

You can also watch a recording of our program, COVID-19 in 2021: The Hope of Vaccination. 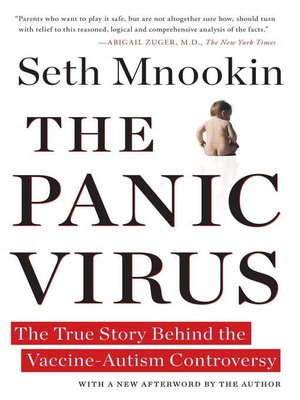 The Panic Virus
A True Story Of Medicine, Science, And Fear

A searing account of how vaccine opponents have used the media to spread their message of panic, despite no scientific evidence to support them. 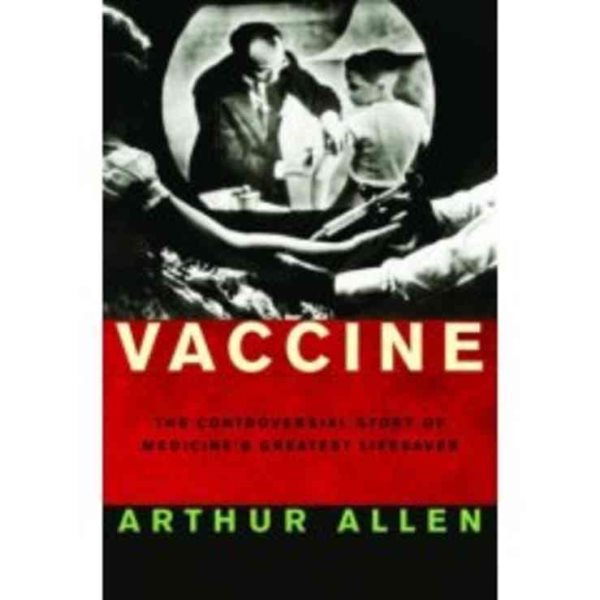 A definitive history of vaccination ranges from Edward Jenner’s 1796 creation of the world’s first smallpox inoculation to the present day, looking at both the benefits of vaccination as well as the current controversy over their potential neurological side effects and the pharmaceutical companies’ emphasis on treatment rather than prevention. 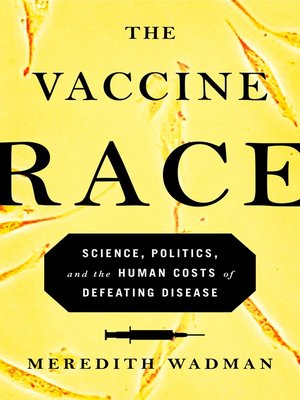 The Vaccine Race
Science, Politics, And The Human Costs Of Defeating Disease

Documents the controversial story of the development of the first widely used normal human cell line, paving the way for some of the world’s most important vaccines, against a backdrop of the devastating rubella epidemic of the mid-1960s. 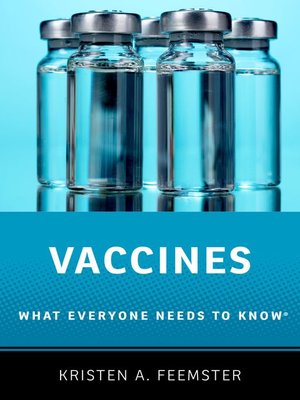 Vaccines
What Everyone Needs To Know

Vaccines: What Everyone Needs to Know? offers a scientifically grounded overview of the science, manufacture, and culture of vaccines in the United States and internationally. Aiming to offer an unbiased resource on this hotly debated subject, it provides accessible, authoritative overviews 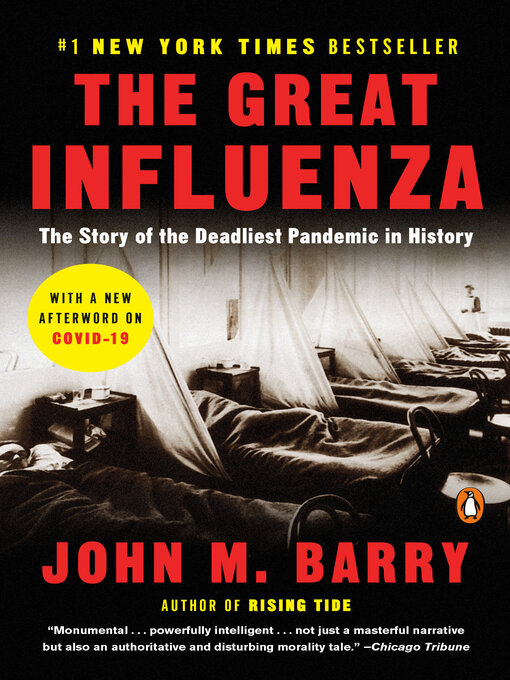 An account of the deadly influenza epidemic of 1918, which took the lives of millions of people around the world, examines its causes, its impact on early twentieth-century society, and the lasting implications of the crisis. 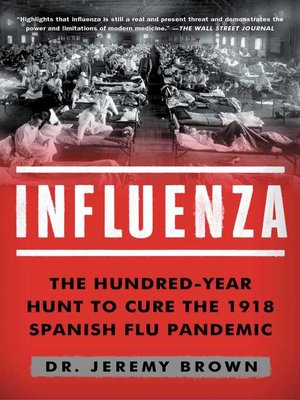 Published on the 100th anniversary of the 1918 pandemic, a veteran ER doctor’s exploration of the complex history of the flu virus also discusses modern-day influenza concerns, from flu shots to epidemic preparedness 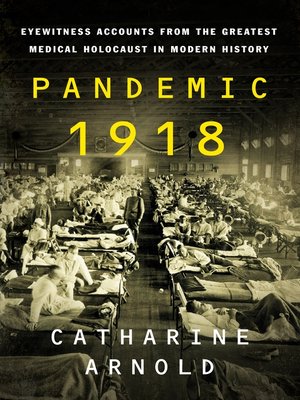 Describes the outbreak of the Spanish Flu 100 years ago that killed more than 50 million people around the world, including 550,000 in the United States, right in the middle of World War I. 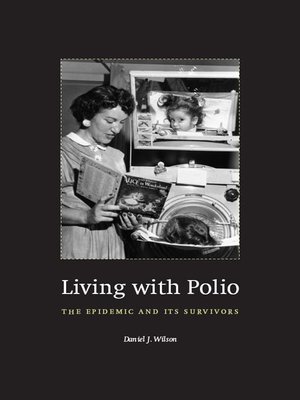 Living With Polio
The Epidemic And Its Survivors

The personal stories of men and women who had acute polio and lived with its crippling consequences are chronicled in a history of the enduring physical and psychological experiences of the disease. 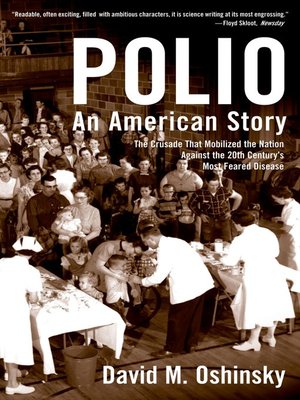 A history of the 1950s polio epidemic that caused panic in the United States examines the competition between Salk and Sabin to find the first vaccine and its implications for such issues as government testing of new drugs and manufacturers’ liability. 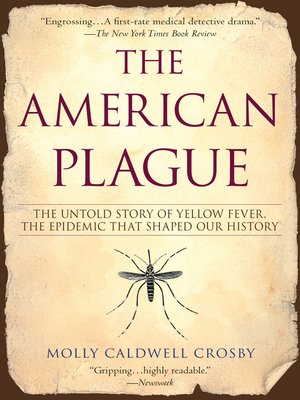 The American Plague
The Untold Story Of Yellow Fever, The Epidemic That Shaped Our History

Traces the impact on American history of yellow fever from the mid-seventeenth century onward, examining in particular the near-destruction of Memphis from the disease and the efforts of four men to combat the deadly scourge. 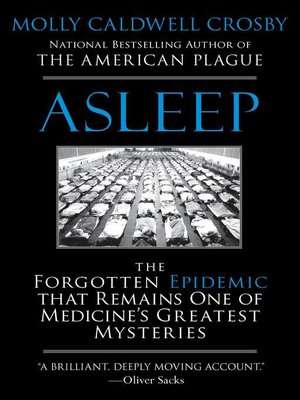 Follows a group of neurologists in New York as they try to solve the worldwide epidemic of encephalitis lethargic, or sleeping sickness, the bizarre disease which left millions dead or in insane asylums between 1918 and 1927. 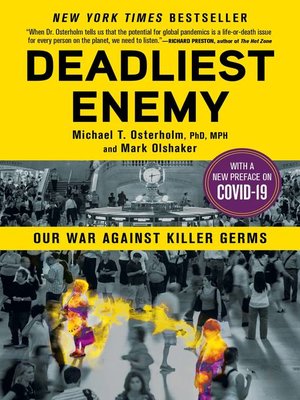 An epidemiologist describes what can be done to protect ourselves against fast-moving infectious diseases that can challenge world order, separating scientific fact from panic and fear and detailing the plans and resources that must be put into place before the next pandemic strikes. 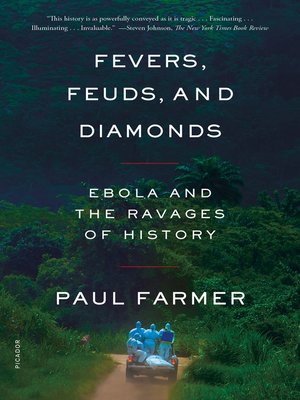 Fevers, Feuds, And Diamonds
Ebola And The Ravages Of History 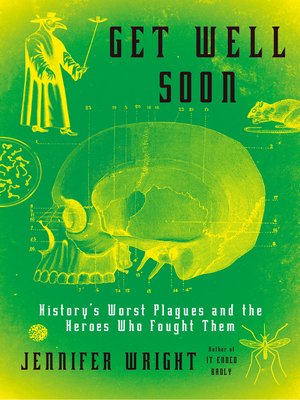 An irreverent tour of history’s worst plagues and the people who battled them includes coverage of the Antonine Plague, leprosy and polio while surveying the lesser-known, bizarre and grotesque details that marked each disease. 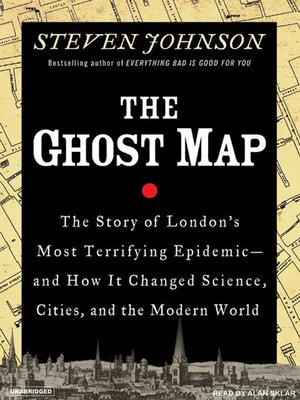 The Ghost Map
The Story Of London’s Most Terrifying Epidemic–And How It Changed Science, Cities, And The Modern World

A historical chronicle of Victorian London’s worst cholera outbreak traces the day-by-day efforts of Dr. John Snow, who put his own life on the line in his efforts to prove his previously dismissed contagion theory about how the epidemic was spreading 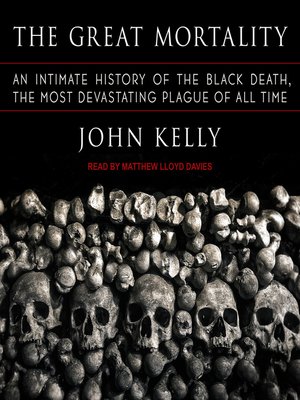 The Great Mortality
An Intimate History Of The Black Death, The Most Devastating Plague Of All Time

Chronicles the Great Plague that devastated Asia and Europe in the fourteenth century, documenting the experiences of people who lived during its height while describing the harrowing decline of moral boundaries that also marked the period 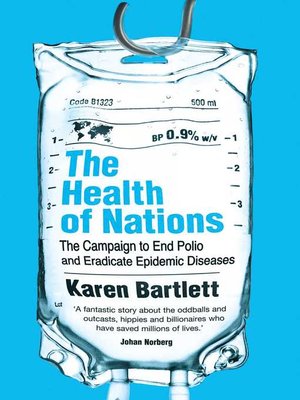 Anyone interested in public health and its interface with politics will find both hope and frustration here. A fascinating look at epidemiology and the challenges that public health workers face. 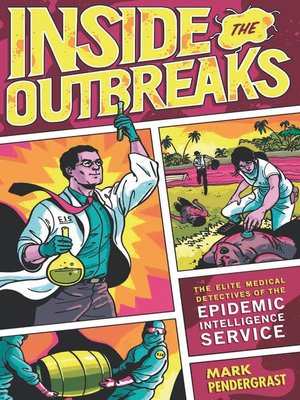 A history of the elite medical corps at the forefront of the world’s most dangerous epidemics cites their victories over such diseases as polio, cholera and smallpox, tracing their international expansion and present-day battles against such health risks as smoking, obesity and gun violence. 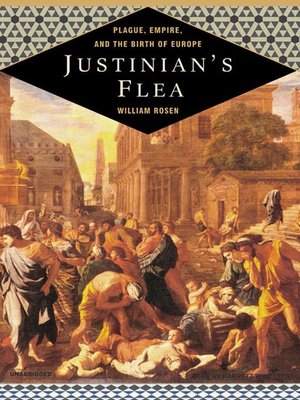 Justinian’s Flea
Plague, Empire, And The Birth Of Europe

Traces the summer 542 bubonic plague pandemic that daily killed 5,000 people in Constantinople and nearly ended the life of the emperor Justinian, in an account that traces how the outbreak had a significant impact on period military strategy, economics, and medicine. 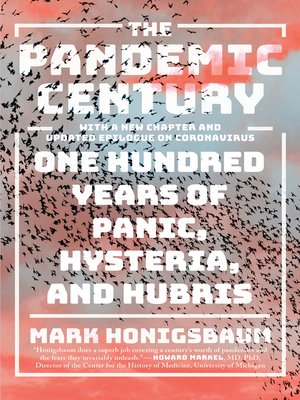 The Pandemic Century
One Hundred Years Of Panic, Hysteria, And Hubris

Chronicles the last century of scientific struggle against deadly contagious disease–from the 1918 Spanish influenza pandemic to the recent SARS, Ebola and Zika epidemics–examining related epidemiological mysteries and the role of disease in exacerbating world conflicts. 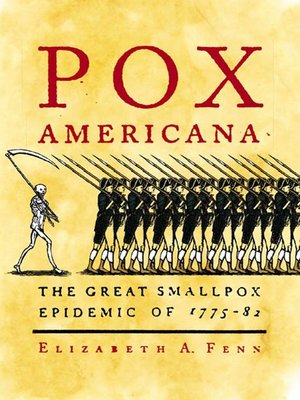 The author recreates one of the most overlooked chapters in American history–the smallpox epidemic that coincided with the Revolutionary War–in terrifying, eye-opening detail, tracing its influence on colonial life and the course of the war. 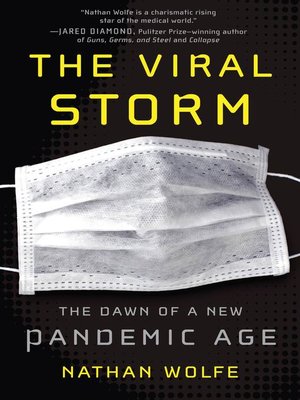 The Viral Storm
The Dawn Of A New Pandemic Age

A Stanford biologist reveals the lesser-known origins of some of the world’s most deadly viruses while explaining the link between modern life and global pandemic threats, recounting his research missions in various world regions while sharing insights into how developing technologies may counter potential threats