In honor of Netflix’s new adaptation of Neil Gaiman’s The Sandman, we’ve put together a quick guide to this classic 90s graphic novel.

In honor of Netflix’s new adaptation of Neil Gaiman’s The Sandman, we’ve put together a quick guide to this classic 90s graphic novel.

If you haven’t heard of Neil Gaiman, you may have heard of his works, which range from short fiction and novels to comic books, nonfiction, and films. Several of his works have already been adapted into movies and television, including Stardust in the early 2000s; Coraline, a dark fantasy children’s novella; Good Omens, a novel he co-wrote with Discworld author Terry Pratchett; and American Gods. An adaptation of Anansi Boys is also in the works.

Season 1 of Netflix’s The Sandman only covers a small part of the full series. If you want to see where the story is headed, or just can’t get enough of Dream of the Endless, you only need to pick up a book—or download an ebook.

The Sandman has 75 separate issues, but they’ve been gathered together into ten volumes for easier reading. The volumes have been published more than once—for example, a 30th anniversary edition came out this year—so the same title may appear twice in our catalog. An occultist attempting to capture Death to bargain for eternal life traps her younger brother Dream instead. After his 70 year imprisonment and eventual escape, Dream, also known as Morpheus, goes on a quest for his lost objects of power. On his arduous journey, Morpheus encounters Lucifer, John Constantine, and an all-powerful madman. A being who has existed since the beginning of the universe, Dream of the Endless rules over the realm of dreams. In The Doll’s House, after a decades-long imprisonment, the Sandman has returned to find that a few dreams and nightmares have escaped to reality. Looking to recapture his lost possessions, Morpheus ventures to the human plane only to learn that a woman named Rose Walker has inadvertently become a dream vortex and threatens to rip apart his world. Now as Morpheus takes on the last escaped nightmare at a serial killers convention, the Lord of Dreams must mercilessly murder Rose or risk the destruction of his entire kingdom. The third volume of the Sandman collection is a series of four short comic book stories. In each of these otherwise unrelated stories, Morpheus serves only as a minor character. Here we meet the mother of Morpheus’s son, find out what cats dream about, and discover the true origin behind Shakespeare’s A Midsummer’s Night Dream. Ten thousand years ago, Morpheus condemned a woman who loved him to Hell. Now the other members of his immortal family, The Endless, have convinced the Dream King that this was an injustice. To make it right, Morpheus must return to Hell to rescue his banished love—and Hell’s ruler, the fallen angel Lucifer, has already sworn to destroy him. Take an apartment house, mix in a drag queen, a lesbian couple, some talking animals, a talking severed head, a confused heroine, and the deadly Cuckoo. Stir vigorously with a hurricane and Morpheus himself and you get this fifth installment of the Sandman series. This story stars Barbie, who first makes an appearance in The Doll’s House, who here finds herself a princess in a vivid dreamworld. The fantastical epic of Morpheus, the King of Dreams, as he observes and interacts with an odd assortment of historical and fictional characters throughout time. Featuring tales of kings, explorers, spies, and werewolves, this book of myth and imagination delves into the dark dreams of Augustus Caesar, Marco Polo, Cain and Abel, Norton I, and Orpheus to illustrate the effects that these subconscious musings have had on the course of history and mankind. Dream’s youngest sister, the loopy Delirium, convinces him to go on a quest for their missing brother, Destruction. But Dream may learn that the cost of finding his prodigal sibling is more than he can bear. A “reality storm” draws an unusual cast of characters together. They take shelter in a tavern, where they amuse each other with their life stories. Although Morpheus is never a focus in these stories, each has something to say about the nature of stories and dreams. Distraught by the kidnapping and presumed death of her son, and believing Morpheus to be responsible, Lyta Hall calls the ancient wrath of the Furies down upon him. A former superheroine blames Morpheus for the death of her child and summons an ancient curse of vengeance against the Lord of Dream. The “kindly ones” enter his realm and force a sacrifice that will change the Dreaming forever. In which the repercussions of the Death of Lord Morpheus are felt, and, in an epilogue, William Shakespeare learns the price of getting what you want.

Spin-Offs and Side Stories

Can’t get enough of the The Sandman? These spin-offs are not part of the main story, and often follow side characters. On an alien world, an aspect of Dream senses that something is very wrong, and dies in flames. In London 1915, while intending to deal with the troublesome nightmare The Corinthian, Morpheus is alerted to the same wrongness and is summoned to an alien world to investigate. A collection of of seven stories, each devoted to one of the Endless: Dream, Death, Desire, Destruction, Delirium, Despair and Destiny. 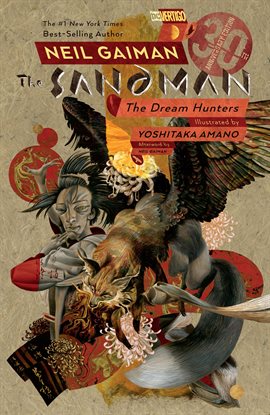 Set in ancient Japan, this lyrical tale follows the ill-fated romance between a humble young monk and a magical, shape-changing she-fox. When the fox stumbles upon a band of demons discussing a plot to steal the monk’s life through a dream trap, it will take all the fox’s craftiness-and the intervention of Morpheus-to save him. Combining prose with stunning full-page paintings, The Dream Hunters also showcases Amano’s art with an eight-page gatefold bringing an ethereal beauty to Morpheus and other classic Sandman characters. 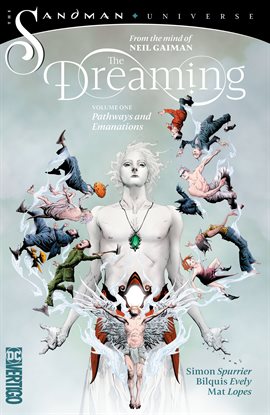 Lord Daniel’s absence triggers crimes and calamities that consume the lives of those already tangled in his fate. Until he is found, his realm’s residents must protect its broken borders alone. But the most senior story-tellers are tormented by invasive secrets, Lucien is doubting his own mind, and beyond the gates, something horrific awaits with tooth and talon. 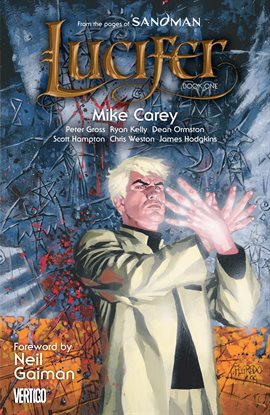 If you think you can unlock the gates of Hell and just invite yourself in, you must be Dreaming! The epic crossover between two of the most beloved fantasy universes in comics begins here.

John “Jack” Locke is ten years dead, but that hasn’t stopped him from posting the occasional letter home… from Hell. Now, Mary Locke will do anything to save her brother’s soul. Her quest to rescue him from The Pit will require her to outsmart Roderick Burgess (the most evil man in England), puzzle her way through the House of Mystery, and risk the walking nightmare known as The Corinthian in a disintegrating Kingdom of Dreams! 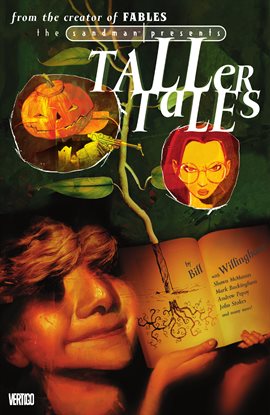 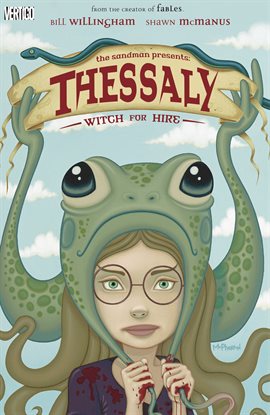 The world’s oldest, most powerful witch returns in this collection written by Bill Willingham. This tale follows Thessaly as she becomes the unwitting partner in a monster-killing business with her ghostly one-time nemesis, Fetch. 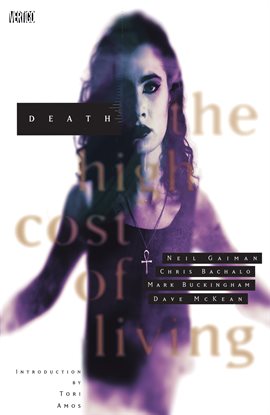 Death: The High Cost of Living

From the pages of Neil Gaiman’s Sandman comes the young, pale, perky, and genuinely likable Death. One day in every century, Death walks the Earth to better understand those to whom she will be the final visitor. Today is that day. As a young mortal girl named Didi, Death befriends a teenager and helps a 250-year old homeless woman find her missing heart. What follows is a sincere musing on love, life and (of course) death. 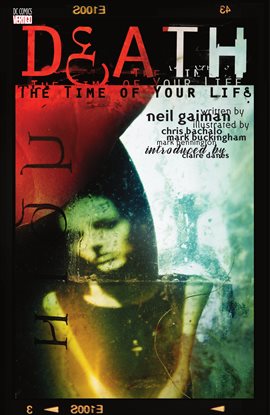 Death: The Time of Your Life

Death incarnate, as defined by master storyteller Neil Gaiman (The Sandman), is a genuinely likeable young girl with a fondness for ankhs who truly cares about people. It’s small wonder then that when a rising star of the music world wrestles with revealing her true sexual orientation just as her lover is lured into the realm of Death that Death herself should make an appearance. A practical, honest, and intelligent story that illuminates “the miracle of death.”