Celebrated on November 20, Transgender Day of Remembrance is an annual observance that honors the memory of the transgender people whose lives were lost in acts of anti-transgender violence. Learn more about this day of remembrance with GLAAD.

Celebrated on November 20, Transgender Day of Remembrance is an annual observance that honors the memory of the transgender people whose lives were lost in acts of anti-transgender violence. Learn more about this day of remembrance with GLAAD.

“Transgender Day of Remembrance seeks to highlight the losses we face due to anti-transgender bigotry and violence. I am no stranger to the need to fight for our rights, and the right to simply exist is first and foremost. With so many seeking to erase transgender people — sometimes in the most brutal ways possible — it is vitally important that those we lose are remembered, and that we continue to fight for justice.”

Becoming Eve
My Journey from Ultra-Orthodox Rabbi to Transgender Woman

The powerful coming-out story of an ultra-Orthodox child who was born to become a rabbinic leader and instead became a woman Abby Stein was raised in a Hasidic Jewish community in Brooklyn, isolated in a culture that lives according to the laws and practices of eighteenth-century Eastern Europe, speaking only Yiddish and Hebrew and shunning modern life. Stein was born as the first son in a dynastic rabbinical family, poised to become a leader of the next generation of Hasidic Jews. But Abby felt certain at a young age that she was a girl. She suppressed her desire for a new body while looking for answers wherever she could find them, from forbidden religious texts to smuggled secular examinations of faith. Finally, she orchestrated a personal exodus from ultra-Orthodox manhood to mainstream femininity-a radical choice that forced her to leave her home, her family, her way of life. Powerful in the truths it reveals about biology, culture, faith, and identity, Becoming Eve poses the enduring question: How far will you go to become the person you were meant to be?

Becoming Nicole
The Transformation of An American Family

The inspiring true story of a transgender girl, her identical twin brother, and an ordinary American family’s extraordinary journey to understand, nurture, and celebrate the uniqueness in us all, from the Pulitzer Prize-winning science reporter for The Washington Post.

Being Jazz
My Life as A (Transgender) Teen

Teen activist and trailblazer Jazz Jennings–named one of “The 25 most influential teens” of the year by Time–shares her very public transgender journey, as she inspires people to accept the differences in others while they embrace their own truths.

Beyond Magenta
Transgender Teens Speak Out

Author and photographer Susan Kuklin met and interviewed six transgender or gender-neutral young adults and used her considerable skills to represent them thoughtfully and respectfully before, during, and after their personal acknowledgment of gender preference. Portraits, family photographs, and candid images grace the pages, augmenting the emotional and physical journey each youth has taken. Each honest discussion and disclosure, whether joyful or heartbreaking, is completely different from the other because of family dynamics, living situations, gender, and the transition these teens make in recognition of their true selves.

The Bold World
A Memoir of Family and Transformation

Jodie Patterson is the mother of five children, including her ten-year-old transgender son Penelope, the catalyst for the author’s reexamination of identity within her own dynamic household–and the wider world. This inspiring and highly personal debut memoir goes on to examine Jodie’s extended families’ African American experiences with racism and civil rights, and her own coming of age in New York City in the 1970s and 80s, and later on as a wife, mother, and activist. With a novelist’s sense of artful structure and pacing, Jodie turns her lens on a range of subjects–from the women who raised her and provided strength and comfort, all the while going against cultural norms and gender expectations, to her own children, who acted as a vehicle for Jodie’s own growth and ultimately her acceptance of her very diverse family. The result is an exquisite study in transformation, identity, courage, and love.

Love Lives Here
A Story of Thriving in A Transgender Family

All Amanda Jetté Knox ever wanted was to enjoy a stable life. She never knew her biological father, and while her mother and stepfather were loving parents, the situation was sometimes chaotic. At school, she was bullied mercilessly, and at the age of fourteen, she entered a counselling program for alcohol addiction and was successful.

While still a teenager, she met the love of her life. They were wed at 20, and the first of three children followed shortly. Jetté Knox finally had the stability she craved–or so it seemed. Their middle child struggled with depression and avoided school. The author was unprepared when the child she knew as her son came out as transgender at the age of eleven. Shocked, but knowing how important it was to support her daughter, Jetté Knox became an ardent advocate for trans rights.

But the story wasn’t over. For many years, the author had coped with her spouse’s moodiness, but that chronic unhappiness was taking a toll on their marriage. A little over a year after their child came out, her partner also came out as transgender. Knowing better than most what would lie ahead, Jetté Knox searched for positive examples of marriages surviving transition. When she found no role models, she determined that her family would become one.

Jo Langford offers a complete guide to sexual and social development, safety, and health for LGBTQ youth and those who love and support them. Written from a practical perspective, the author explores the realities of teen sexuality, particularly that of trans teens, and provides guidance and understanding for parents and kids alike.

After they discovered their daughter Ryland was deaf at age one and needed cochlear implants, the Whittingtons spent nearly four years successfully teaching Ryland to speak. But once Ryland gained the power of speech, it was time to listen as Ryland insisted, “I am a boy!” Hillary and her husband Jeff made it their mission to support their child – no matter what.

From the moment a doctor in Raleigh, North Carolina, put ‘male’ on Jacob Tobia’s birth certificate, everything went wrong. Alongside ‘male’ came many other, far less neutral words: words that carried expectations about who Jacob was and who Jacob should be, words like ‘masculine’ and ‘aggressive’ and ‘cargo shorts’ and ‘SPORTS!’ Naturally sensitive, playful, creative, and glitter-obsessed, as a child Jacob was given the label ‘sissy.’ In the two decades that followed, ‘sissy’ joined forces with ‘gay,’ ‘trans,’ ‘nonbinary,’ and ‘too-queer-to-function’ to become a source of pride and, today, a rallying cry for a much-needed gender revolution. Through revisiting their childhood and calling out the stereotypes that each of us have faced, Jacob invites us to rethink what we know about gender and offers a bold blueprint for a healed world–one free from gender-based trauma and bursting with trans-inclusive feminism. From Jacob’s Methodist upbringing and the hallowed halls of Duke University to the portrait-laden parlors of the White House, Sissy takes you on a gender odyssey you won’t soon forget. Writing with the fierce honesty, wildly irreverent humor, and wrenching vulnerability that have made them a media sensation, Jacob shatters the long-held notion that people are easily sortable into ‘men’ and ‘women.’ Sissy guarantees that you’ll never think about gender–both other people’s and your own–the same way again.

Seventeen-year-old Arin Andrews shares all the hilarious, painful, and poignant details of undergoing gender reassignment as a high school student in this winning teen memoir.

Instead of a traditional written diary, Julia Kaye has always turned to art as a means of self-reflection. So when she began her gender transition in 2016, she decided to use her popular webcomic, Up and Out, to process her journey and help others with similar struggles realize they weren’t alone. Julia’s poignant, relatable comics honestly depict her personal ups and downs while dealing with the various issues involved in transitioning-from struggling with self-acceptance and challenging societal expectations, to moments of self-love and joy. Super Late Bloomer both educates and inspires, as Julia faces her difficulties head-on and commits to being wholly, authentically who she was always meant to be.

A comprehensive guide to the medical, emotional, and social issues of trans kids. These days, it is practically impossible not to hear about some aspect of transgender life. Whether it is the bathroom issue in North Carolina, trans people in the military, or on television, trans life has become front and center after years of marginalization. And kids are coming out as trans at younger and younger ages, which is a good thing for them. But what written resources are available to parents, teachers, and mental health professionals who need to support these children? Elijah C. Nealy, a therapist and former deputy executive director of New York City’s LGBT Community Center, and himself a trans man, has written the first-ever comprehensive guide to understanding, supporting, and welcoming trans kids. Covering everything from family life to school and mental health issues, as well as the physical, social, and emotional aspects of transition, this book is full of best practices to support trans kids.

Unconditional
A Guide to Loving and Supporting Your LGBTQ Child

Parents of a lesbian, gay, bisexual, transgender or questioning child often search for ways to help their LGBTQ child navigate through a world that isn’t always welcoming. Eriksen, the mother of a gay daughter, explains what she and her husband have learned through experience. She covers the science on gender and sexuality and offers advice on how to help a transgender child through the various stages of development, deal with everyday problems, and keep your child talking after he or she comes out.

What We Will Become
A Mother, A Son, And A Journey of Transformation

A mother’s memoir of her transgender child’s odyssey, and her journey outside the boundaries of the faith and culture that shaped her.

You’re in The Wrong Bathroom!
And 20 Other Myths And Misconceptions About Transgender And Gender Nonconforming People

From Laverne Cox and Caitlyn Jenner to Thomas Beatie (“the pregnant man”) and transgender youth, coverage of trans lives has been exploding—yet so much misinformation persists. Bringing together the medical, social, psychological, and political aspects of being trans in the United States today, “You’re in the Wrong Bathroom!”: And 20 Other Myths About Transgender and Gender-Nonconforming People unpacks the twenty-one most common myths and misconceptions about transgender and gender-nonconforming people. 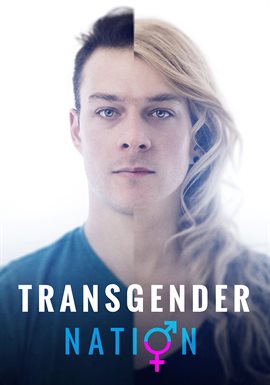 Gender identification is changing rapidly, causing heated division between the left and the right. Transgender Nation lifts the veil on the world of the Transgender and explore the secrets of a world most misunderstand. 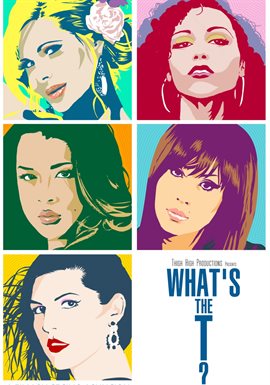 T as in “trans-gender.” Award winning documentary exploring the challenges, successes and lives of five trans-gender women – who began life as males.